The elaborate patterns usually found in the ethnic hill-tribes’ embroidered garment has now become part of the design in Muslim women’s clothing, thanks to Waraporn Wongpatham, lecturer at RMUTT’s Faculty of Home Economics Technology, who fell in love with the beautiful designs of traditional dresses and headdresses that Muslim women wear.

“My inspiration came from the colorful hand-embroidered patterns on Hmong costume,” Waraporn said. “These patterns are very unique and the designs have so many intricate details. Usually, we are familiar with the sight of Muslim women dressed in all-black attire, but this doesn’t mean that we can’t add colors to the fabric, as long as the overall design conforms to the Islamic tradition,” she added.

With this initial idea came experiments with pattern designs, which lead to the production of the final costume. The fascinating combination derived from two different cultures caught much attention during an international roadshow as well as from a number of Muslim women. Earlier this year, Waraporn received an international recognition for her creativity and was awarded the KIWIE 2012 Silver Medal at Korea International Women’s Invention Exposition in South Korea earlier this year.

Waraporn expertly combined the elaborate patterns of the Hmongs’ hand-embroidered garment with her own pattern designs, strictly following the cultural norms and Islamic tradition. The ethnic patterns are incorporated into the frills, hem, dresses and various parts of the costume. “What makes it work is the fact that traditional Hmong costumes are also largely black, with parts of red and bright pink adding splashes of color to the overall design. When this is applied to the Muslim clothing, it looks fascinating,” she said.

Waraporn’s work reinforces the idea that women and beauty do complete each other. More importantly, her work demonstrates that there’s always room for fashion design in a culture that is strictly bound to tradition like Islam. 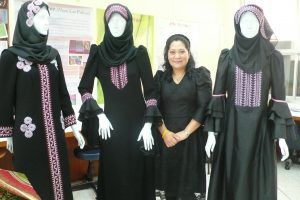 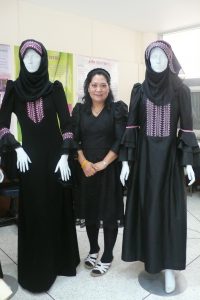 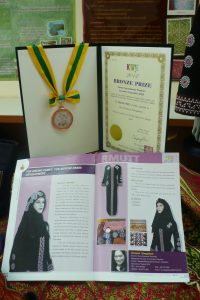 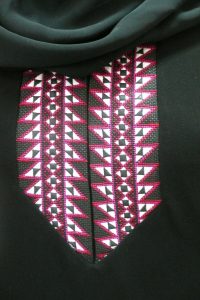 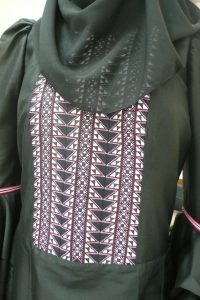 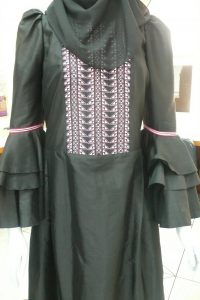 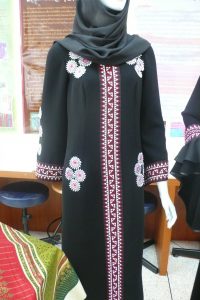 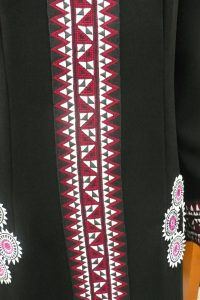 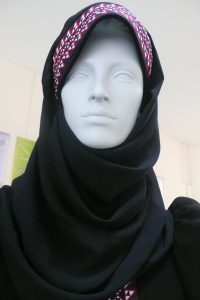