One Vote Changing The Country 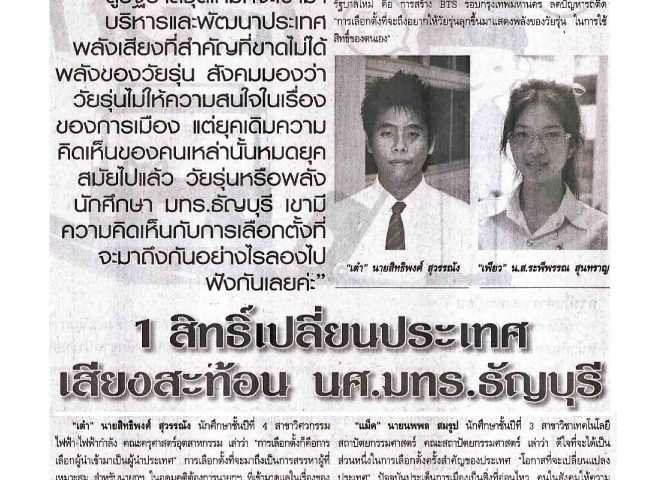 It’s becoming sooner for the changing point of Thailand whether which political party will be the government. The society may see that teenagers are not interested in politics; this is an old idea, now let’s hear how RMUTT teens think about the coming election.

“Tao” Mr. Siitipong Suwannang, 4th year student from department of electrical engineering in the Faculty of Industrial Education said that the election is the choosing the leader to be the nation’s leader. His ideal prime-minister must concern about the welfare in the matter of food because when people are full, the better economy and society will come afterwards. He wanted people to give votes as much as possible because this is not someone’s duty but it is the duty of everyone in the country. Let’s join developing our country.

“Khaopoad” Miss Thanaporn Poonoppakundee, 2nd year student from department of English for International Communication in the Faculty of Liberal Arts said this is her first time for the election of nation’s leader “The prime-minister is an important person to determine the direction of the nation”. It is seen that today’s politics is and full of arguments and conflicts. She wants every party to talk nicely to each other and know the needs of people. What she wants from the new government is BTS around Bangkok to reduce bad traffic. She wants every teenager to express their powers by using their own rights through the coming election.

“Mac” Mr. Noppol Somroop, 3rd year student from department of Architectural Technology in the Faculty of Architecture said that he is so pleased to be one who has a right for the important election because this is the chance to change the country. Now the political issue is very sensitive and interested by many people. So it’s concerned how to repair the crack of society. Everybody in the country wants to see the harmony and the identity of the nation, so he would like to invite every teen to use their rights – don’t think it’s tiring, please decline the boredom of politics and go to votes for the public benefits.

“Pure” Miss Rapeepan Suntaran, freshman from department of Animal Science in the Faculty of Agricultural Technology said that this is her first time for election. She is excited and glad to use her right. Ethics and Morality are required for the new prime minister. She wanted the new government to solve the criminal problems immediately, and most importantly at the moment is the harmony of people in the country. You’d better not let the rights fly away. Thailand is our country so don’t let the money purchase the vote hence this cause the problems to the country. This time, we can express our student power by taking social responsibilities in election. To be a good Thai citizen, go to vote no matter what political party can be the government, your vote is meaningful. 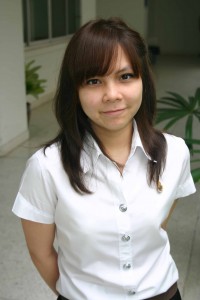 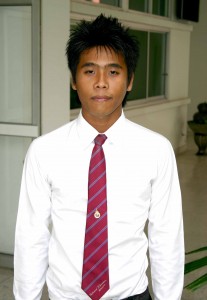 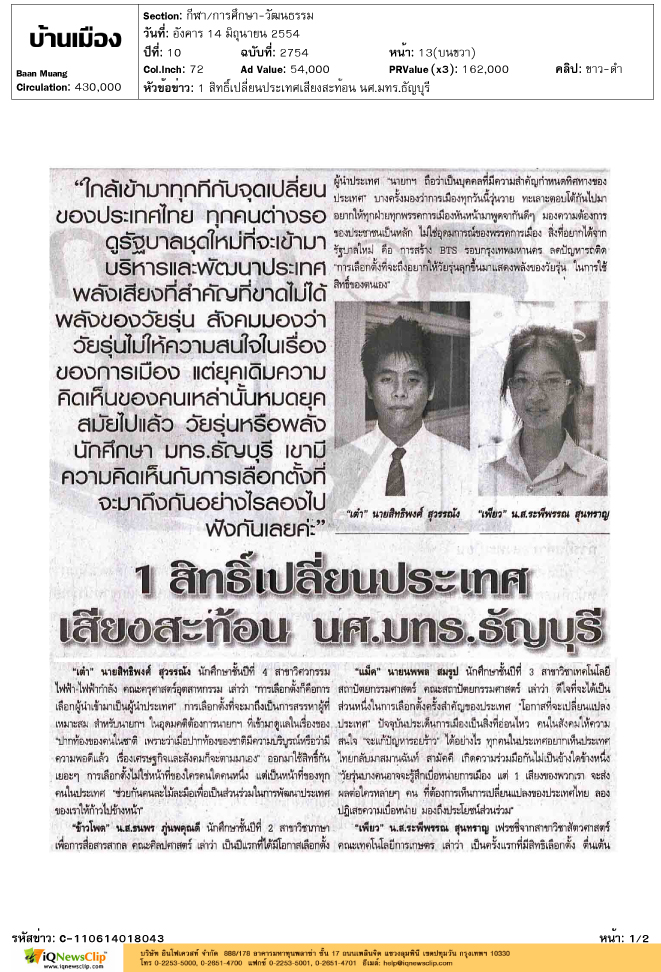