Trade Collaboration to Push Student Innovations into the ASEAN Market

Special Report: Heading toward the Future 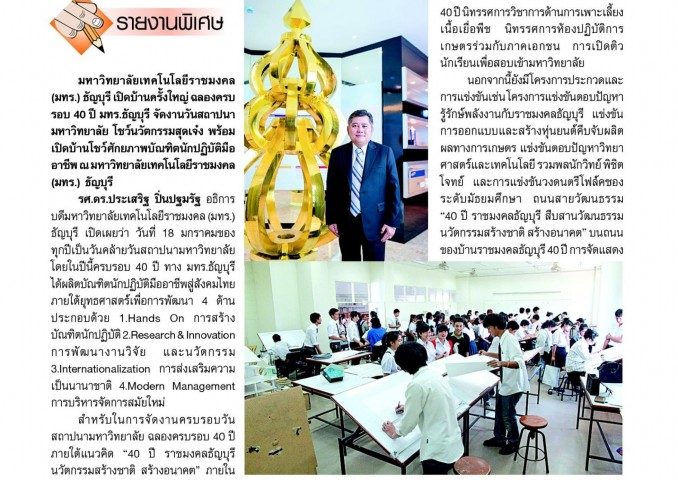 Special Report: Heading toward the Future

Rajamangala Univeristy of Technology Thanyaburi celebrated its 40th year anniversary of establishment with an event to showcase innovations and student projects.

“On 18 January of every year is our birthday anniversary,” said Assoc. Prof. Dr. Prasert Pinprathomrat, the university’s President. This year is the 40th year since the university has been founded. We remain committed to implementing the following four strategies to train our graduates: hands-on practitioners, research and innovation, internationalization, and modern management,” he added.

At the event, 18 pieces of innovation were highlighted that were to be developed further into commercial products, with collaborations from the private sector. These include a machine that produces food flavor enhancer from yeast (instead of monosodium glutamate) and an energy saving system for public utilities. The event also featured complimentary workshops, including home economics workshops, energy-saving workshops, and solar cell energy workshop.

Moreover, the event doubled as an open house for the 10 Faculties and the Thai College of Traditional Medicine. There were a number of exhibitions showcasing various agricultural projects and a floral decoration project to commemorate Her Royal Highness Princess Maha Chakri Sirindhorn. A series of contests were also featured, with quizzes and challenges across various academic fields, including energy saving, robotics, science and technology, and music.

The cultural section of the event featured light and sound show for the works of students from fashion design, home-economics, fine and applied arts, and mass communication technology programs 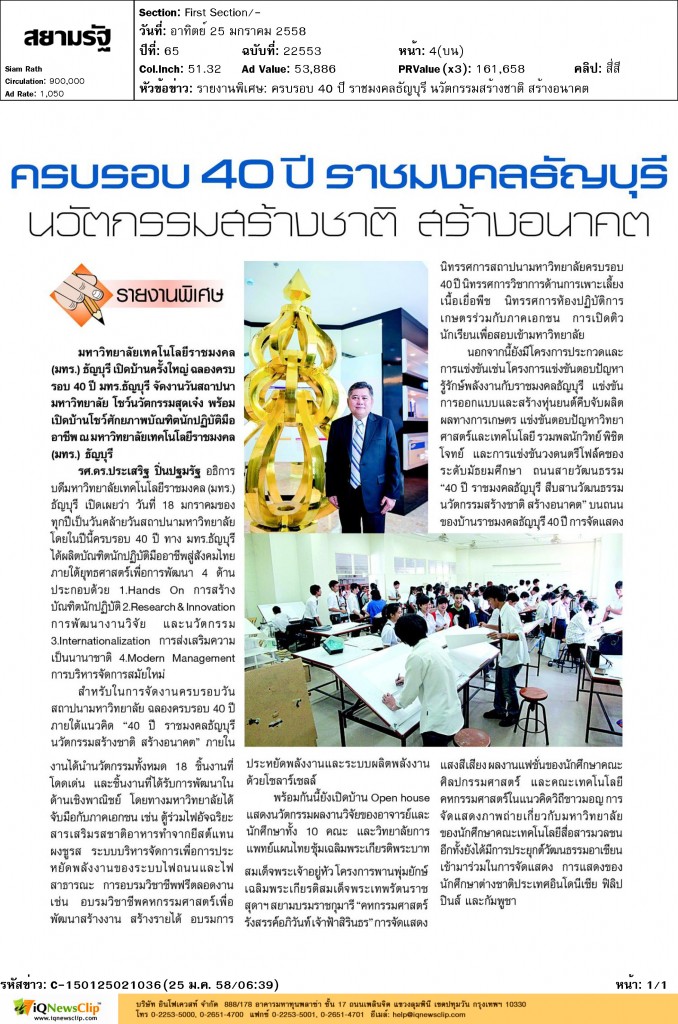