RMUTT Revealing About Bribery of Nightclubs to Police 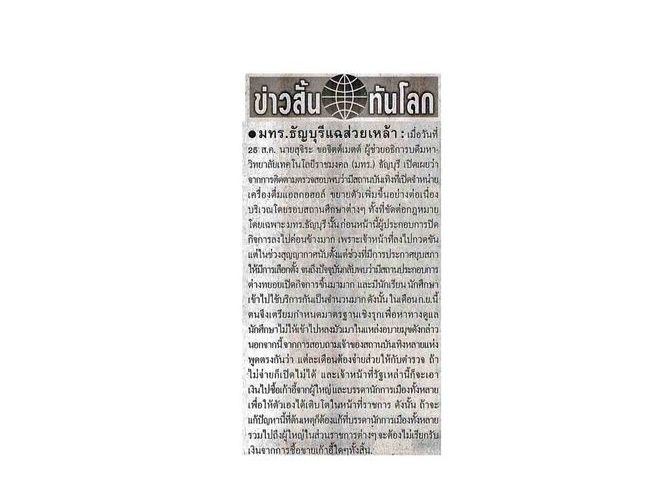 RMUTT Revealing About Bribery of Nightclubs to Police

August 25, Mr. Sujira Khojitmate, assistant to the president of Rajamangala University of Technology Thanyaburi (RMUTT) revealed, from the survey, that there are continuous increases in nightclubs around academic institutes, especially around RMUTT, even though these are illegal. Back then, they had shut down businesses pretty much because police was so strict and examined often. But since the period of dissolving of the former government up to now, it is found that there is a plenty of nightclubs again, and many students go there. Hence, in September, he will implement the proactive measure to prevent students going there. According to the queries from nightclubs’ proprietors, they all say that they need to bribe police, if not, they are unable to open. And these officers will bring this money to buy the positions from politicians for them to grow in the government officer careers. To solve this problem, the politicians must not accept any bribery to buy for any position. 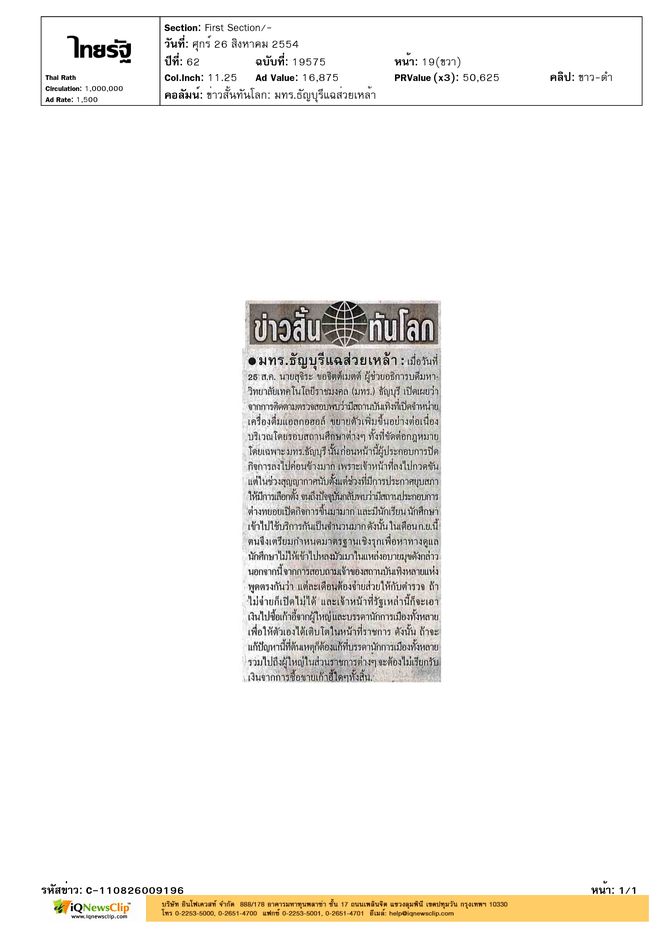