Students from the Faculty of Home Economics, RMUTT developed egg white donut product for patients with chronic kidney disease that won the innovation award from the National Academic Sciences and Technology conference or ‘ASTC 2019’.

Mr. Pichitchai, representative of the research team revealed that their research concept came from an interesting and yet unfortunate situation of chronic kidney disease which is a non-transmitted disease with a number of patients who increasingly suffered from the disease every year. Statistically, in 2015, Ministry of Public Health, Department of Disease Control, Bureau of Non-communicable Diseases revealed that Thai people with chronic kidney disease were as high as 17.6 percent of the population, or approximately 8 million people while most of those people were at the end stage chronic kidney disease that needlessly required kidney dialysis or transplant. Unfortunately, both therapeutic methods may cause big loss of protein and mineral nutrients in the blood during treatment. It could be said that when proteins in blood were low, patients might be suffering from edema or having infected. Physician or nutritionist, therefore, recommended  that patients should consume high protein diet particularly egg white that could provide complete protein nutrients without fat and cholesterol or any other types of minerals that patients should be avoiding.

To let patient consumed egg white alone, a number of patients were not able to complete all the egg white diets that were planned and prescribed according to the treatment plan of the physician. Because of the monotonous eating of egg white, patient may lost their appetite even though they had their good understanding of egg white benefits and necessities. With this medical issue, level of albumin and protein in the patient’s blood may be low and could cause patient’s medical complication that may lead to misfortunate health conditions. And thus, the RMUTT students had decided to create a bakery product that could be added by egg white to create healthy variety meal. Eventually, this research project on developing donuts made of egg white was uncovered. With large popularity, affordable equipment, few ingredients and common as household menu, egg white donut was considered as an alternative that matches patients and for those people who had high protein requirements’ appetite, and definitely preferred by many. Concerning other marketable donut products, baking and butter were used as ingredients that could emphatically affect the end stage chronic kidney disease patients and therefore these mixtures should be avoided.

Asst. Prof. Dr. Lerluk further mentioned that the egg white donut production process would be starting by (1) allocating egg white into 3 portions and sugar into 2 portions. Then (2) mix 1 portion of egg white with 1 portion of sugar before mixing the third portion of sugar with rice bran oil, vanilla flavoring and milk. (3) Sift flour into the mixture and stir until well mixed. Then (4) beat the egg white and the rest of the sugar by whisking at a speed of about 3 minutes, until the white turns fluffy. (5) Again, divide mixture of egg white into 2 potions, scoop the first part, add flour mixture and mix the ingredients together yet again. Finally (6) put 1 tablespoon of the prepared mixture into the donut maker and bake them for 2 minutes.

From the research results, it could be indicated that when consumer sensory evaluation were analyzed, consumer preferred egg white donut products with the highest amount of cake flour per egg white at the ratio of 20: 40 most. While, the property value of egg white donut products with best physical quality including average value of hardness and the least elasticity was found to have egg white donut ratio between flour and egg white: 20: 40 percent. Regarding to its chemical properties and consumer satisfaction, highest protein and least carb and fat were also found while consumers had 70% tendency of selecting this particular portion for consumption.

Asst. Prof. Dr. Leluk also added that the ASTC 2019 contest was hosted to promote and encourage university lecturers and students to create scientific and technological researches and yet to construct a network of tight cooperation among them which would be benefit to acquiring new knowledge and experience to improve their institution and to educate the public. 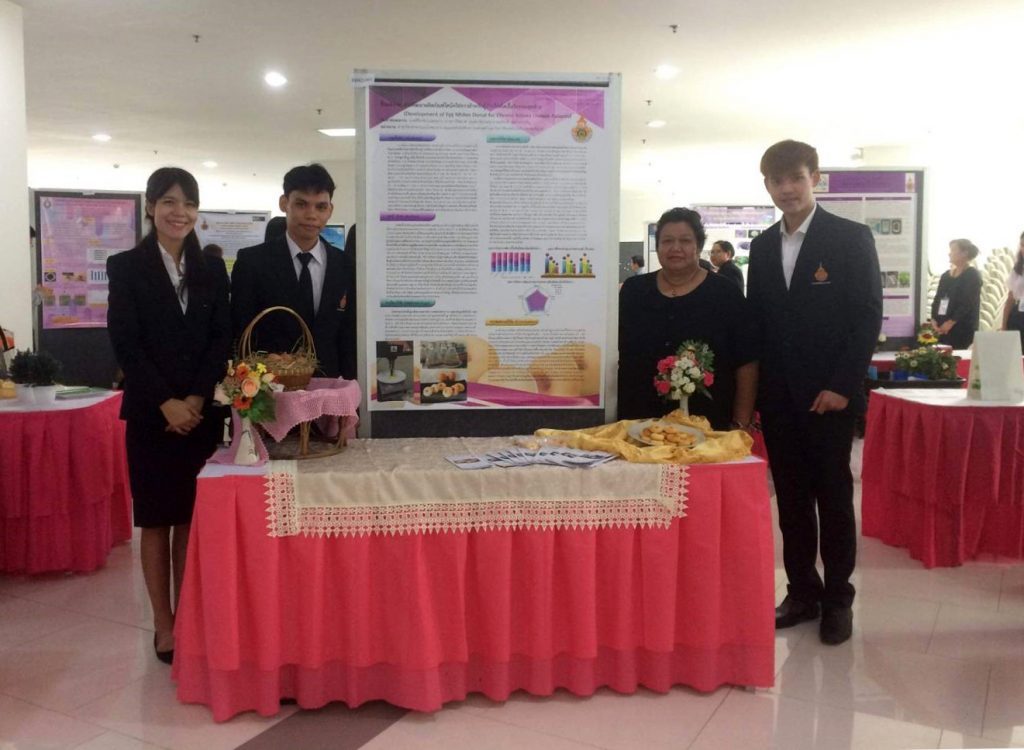 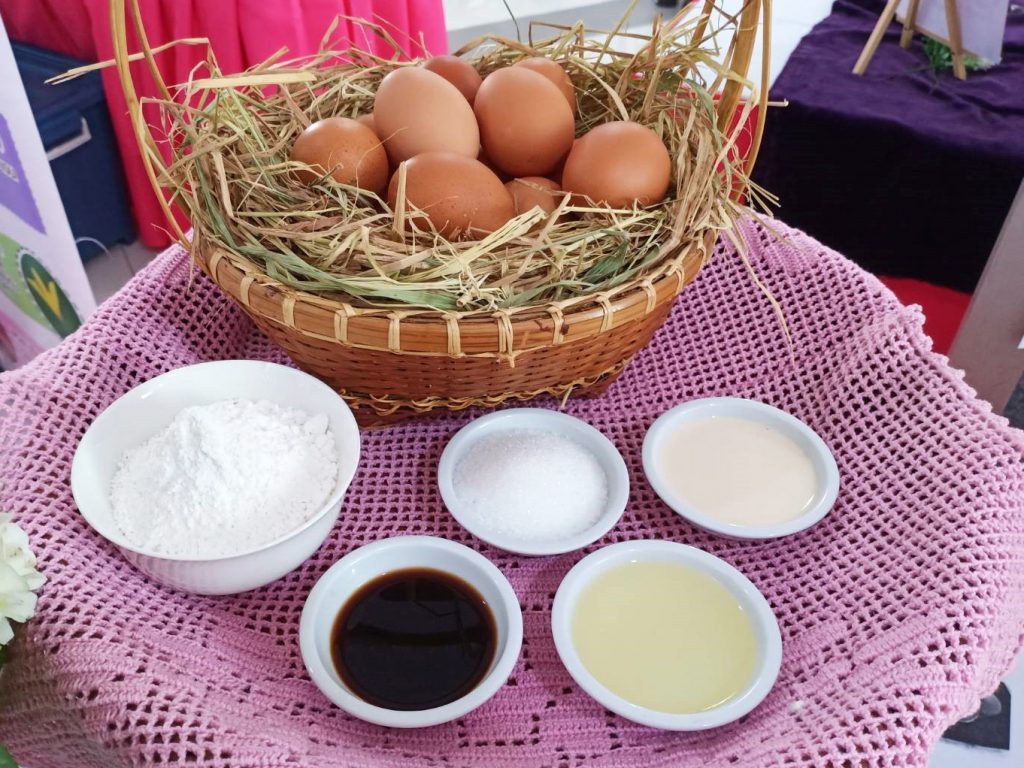 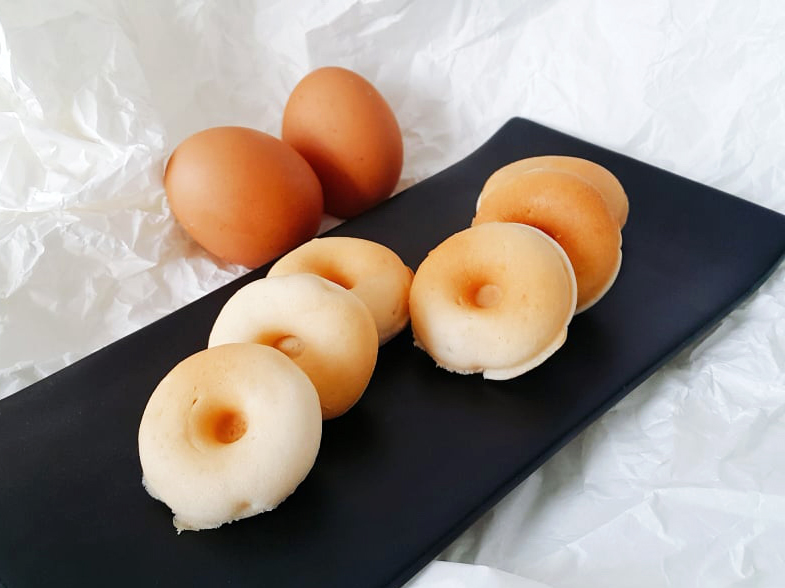 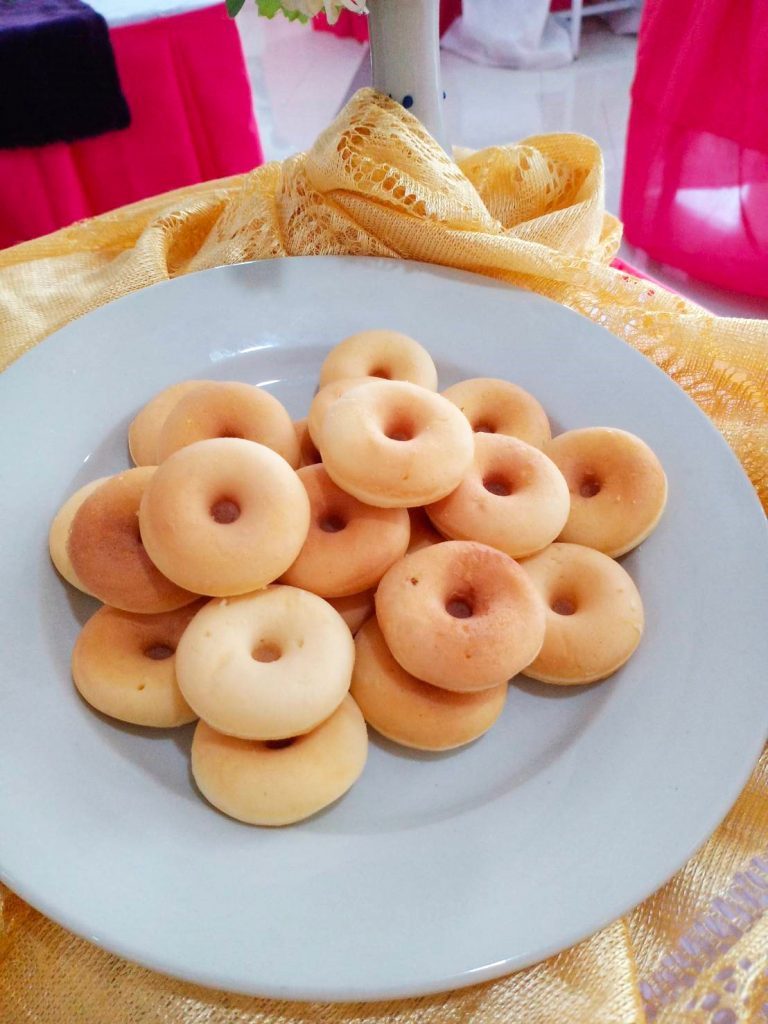 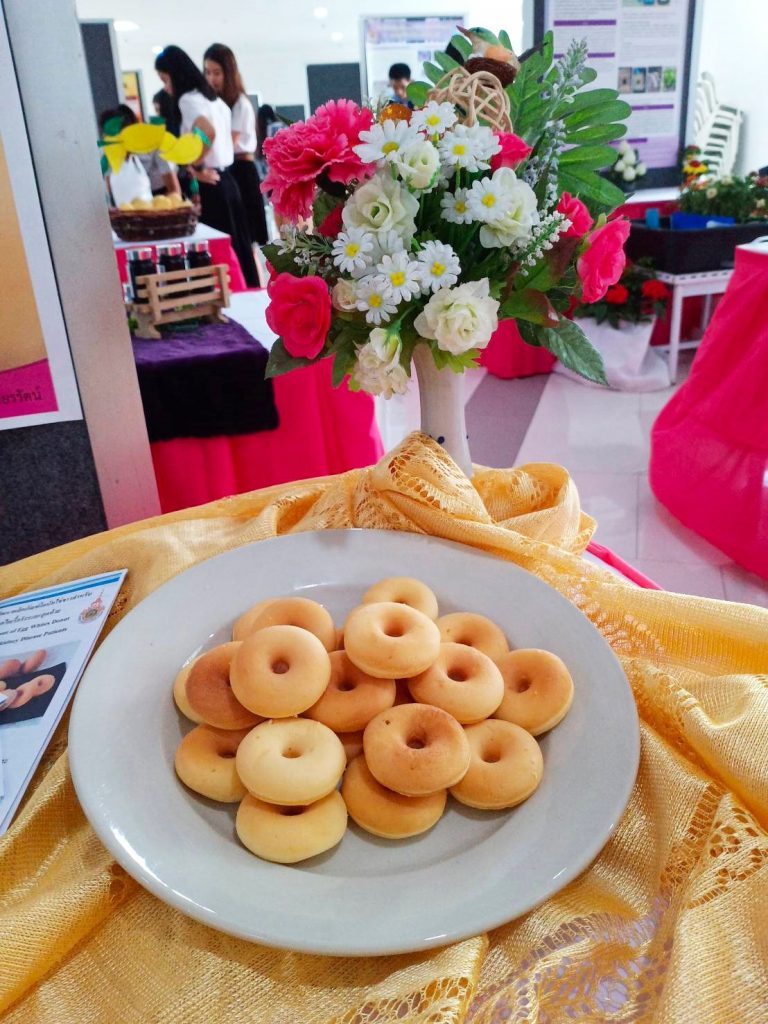 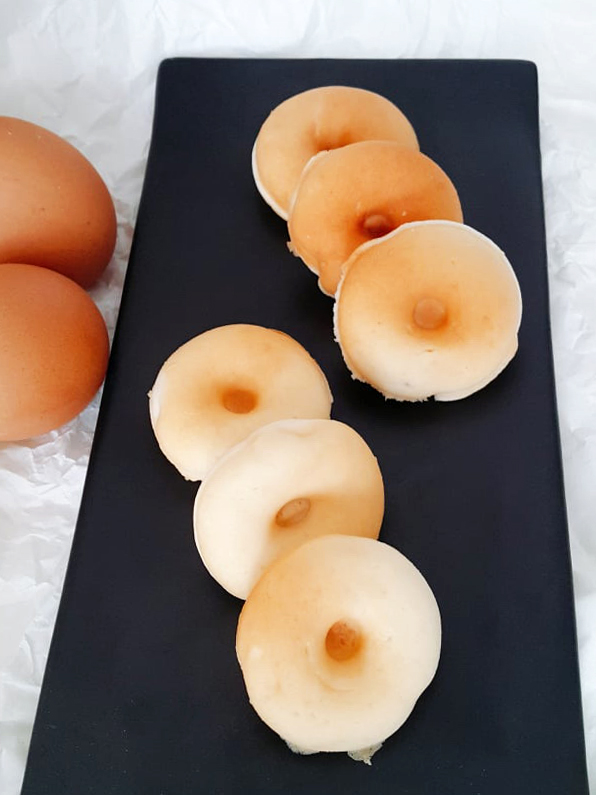