“My grandfather was a traditional medicine doctor. Before he passed away, he gave me a herbal formula handed down from generation to generation, with the belief that it will help slow down aging and make one live longer than the general population. The herbal formula contained more than 22 types of herbs, such as wild croton root, lime berry, long pepper, clove tree etc.,”

However, with today’s science education, one does not simply follow age-old formulas. Thus, Mr. Chatchai Chanasath, Mr. Tripob Chalearmpol, and Mr. Worameth Yodteurn, students from RMUTT’s Thai Traditional Medicine College have examined and analyzed grandfather’s formula in the laboratory, with Asst. Prof. Dr. Kornwinwich Boonpisoothnun as their advisor. They found that the formula contained stimulants SIRT-I and Foxo-I, enzymes that help suppress cellular senescence, stimulate up to 44% cell growth, and can kindle genes that slow down aging by up to 80%.

The formula is comparable to Resveratrol, a stilbenoid that is derived from grape skin, which is often used in western herbal formulas to treat patients with Alzheimer’s disease, Progeria, Cancer, and Diabetes. Furthermore, Resveratrol is also known to keep the heart and blood vessels healthy.

Experiments were carried out to develop a drink once the scientific properties were known, but the taste of the drink was extremely bitter and was almost undrinkable. Various fruit juice, such as orange juice and grape juice were mixed in to make it easier to drink but it was still bitter. Nevertheless, adding aloe vera removed almost all the bitterness. The herbal smell was nearly nonexistent when white grape juice was supplemented. Moreover, diced aloe vera was added to make it suitable for children age seven and above to drink.

The product was submitted to the 2017 Novel Research and Innovation Competition in Malaysia and won a gold medal in the life science category. Those that are interested in adding commercial value may ask for more details by contacting RMUTT’s Thai Traditional Medicine College at 02-592-1999 ext. 1112. 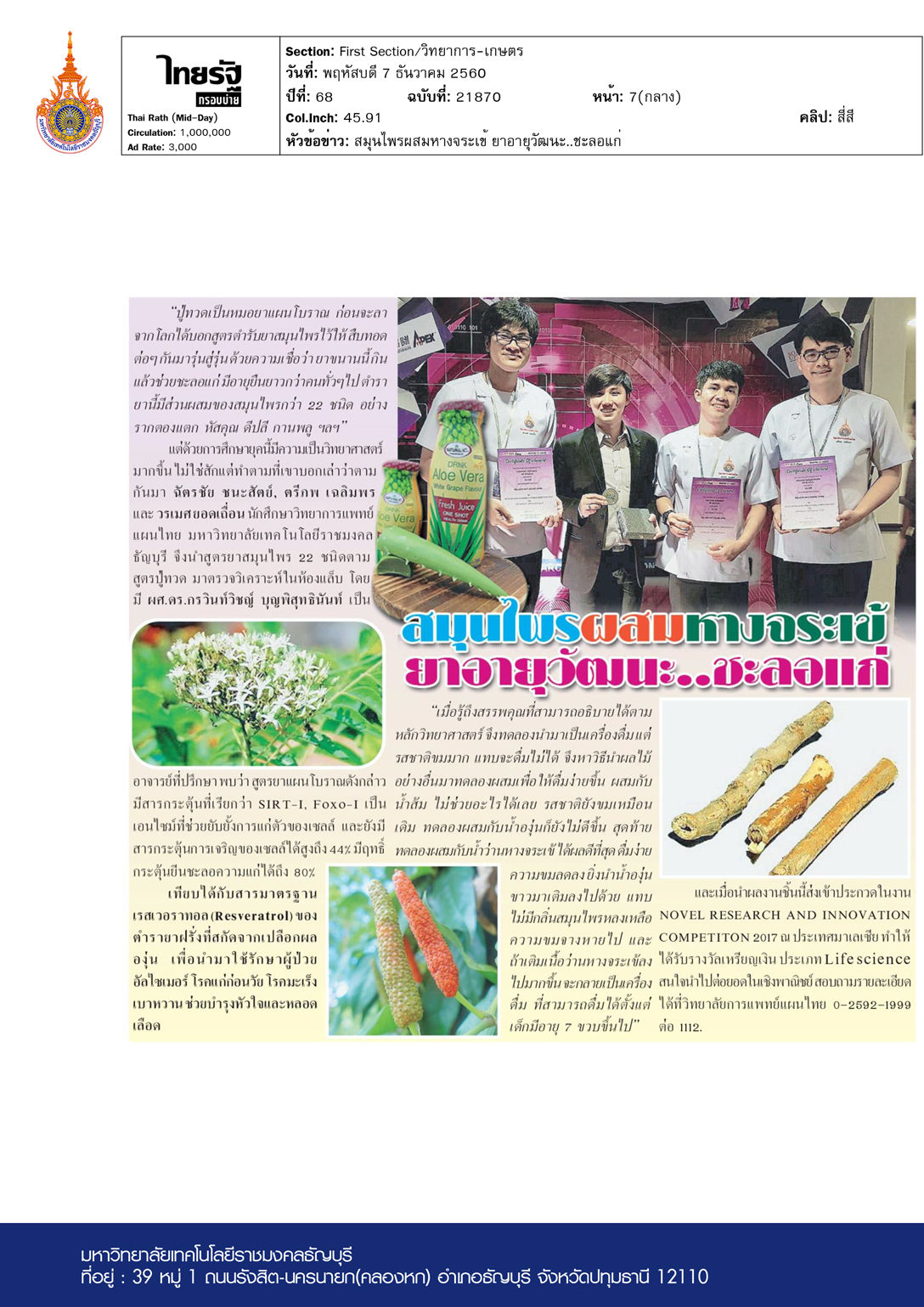