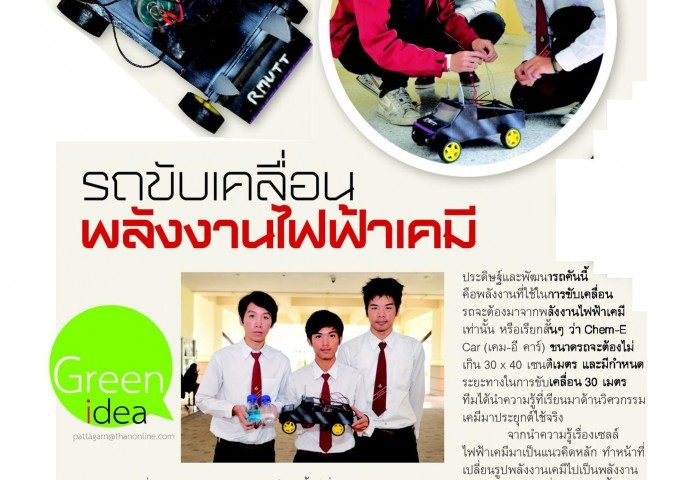 Many people may not have heard of Chem-E cars, but they are part of the next generation of reduced energy cars that may become the way of the future.

Riding on a wave to the future, a team of four from Rajamangala University of Technology Thanyaburi’s Faculty of Chemical Engineering invented a Chem-E car, under the guidance of Assoc. Prof. Pongsri Siwarasak and Dr. Tirawat Muensrichai.

“The brief for this project was to build a car that operates by chemical means or Chem-E car, with the size of 30x40cm, and that can travel 30 meters,” said Khobchai Chaikham, the team leader.

“We applied the knowledge about electrochemical cells to producing moving vehicles. Basically, energy produced by chemical reactions with be converted into electricity. When this energy-cell unit is connected with two 3-Volt motors, each attached to each wheel, the vehicle will start moving,” he explained.

The vehicle’s body was constructed from plywood, which is light in weight. The cost of production is 300 baht per vehicle.

“In the future, we will adjust the type of wires used in the electronic conductor, so that it can produce more electricity, which results in faster speed, although still within the safety limit,” he said, adding that the exterior body has been decorated to enhance the modern look. 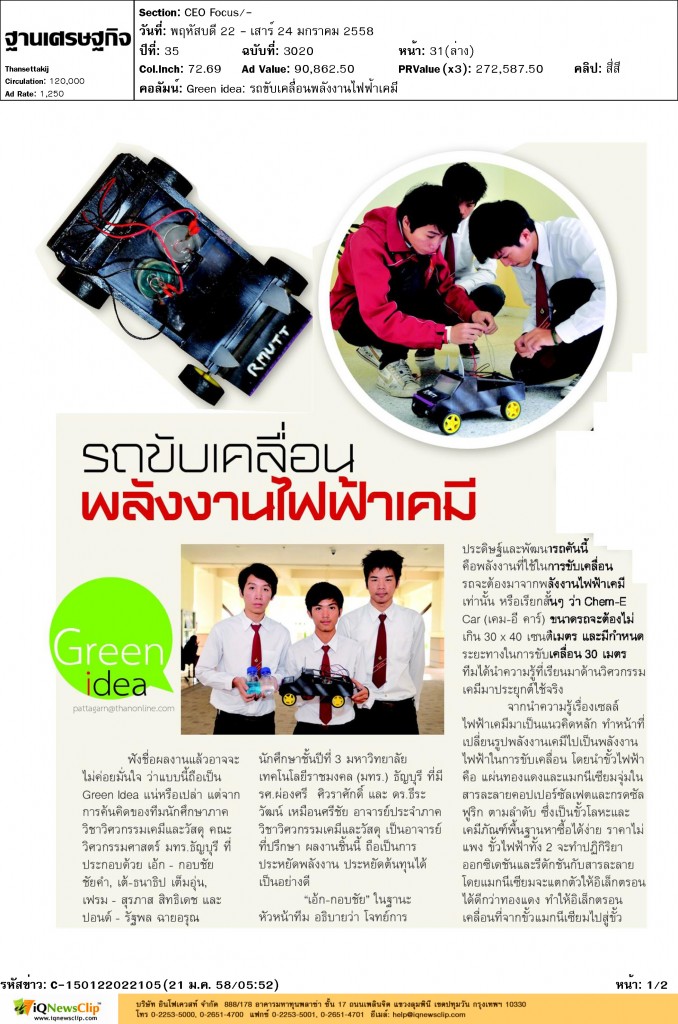