It is generally known that almost every parts of “banana” including “fruit” which is very nutritious could be used when raw or ripe, “leaf” which could be used to create food decorations, and “trunk” which could either be made as floating basket. However, there are some banana by-products that are left as waste, Sopida Wisalsakkul, a lecturer from the Department of Creative Art, Faculty of Home Economics Technology had decided to turn banana waste into “banana fiber” providing additional income to small scale farming industries.

Lecturer Sopida revealed that back in the days, banana trees had been grown all over Thailand including the region of ​​Pathum Thani province. Of the nearly 40 thousand tons of bananas had exported per year; however, after harvesting banana trees, a large amount of banana waste was left. With the idea of turning banana by-product into useful materials, leaf sheaf of banana tree was being changed into “banana fiber” in order to use them as raw materials for woven product production. In collaboration between RMUTT and One Banana Company, a collaborative research so-called, “Development of banana fiber for woven products”, funded by Thailand Science Research and Innovation was conducted. It could be suggested that banana fiber was one of the most potent plant-derived natural fibers. In the past, banana fibers were used in many ways including ropes that could be towed in deep waters like river.  With the massive strength of the fiber, it was also used as raw materials to produce various woven products. Sophida also added that fibers from the Namwa banana by-products were being produced by scraping bubbles out then drying them in the oven and finally putting into the spinner.  There were two types of fibers: flat fiber used for sewing into mats that could eventually turned into other products such as bags, flower vases, notebook covers.  While “spherical fibers” were being woven into threads and then eventually woven into house-hold products such as baskets, jewelry, artificial flowers, etc. Noticeably, this type of fiber would enhance the strength, beauty, and glossiness of the product. Pricing the naturally-made product can be ranged from low to very high.  At present, the product has become very known as one of the best souvenirs in Pathum Thani Province and very popular during Thai traditional festivals. Having developed banana fibers for manufacturing various woven products, it was in one-way help create job opportunity and generate revenue for the community. For example in Prachinburi province, representatives of “Ban Bang Pluang Small and Micro Community Enterprise” who grew their bananas successfully had taken their parts in becoming a large resource of banana fabric production for “One Banana” Company. The company dedicated to the responsible production and export of the highest quality bananas while banana by-products were recycled to produce banana fibers for the community. The aim of the company was to make the community income sustainable while, banana fibers that were produced had also been used to replace naturally rare “reed fiber as well as synthetic fibers for weaving applications. 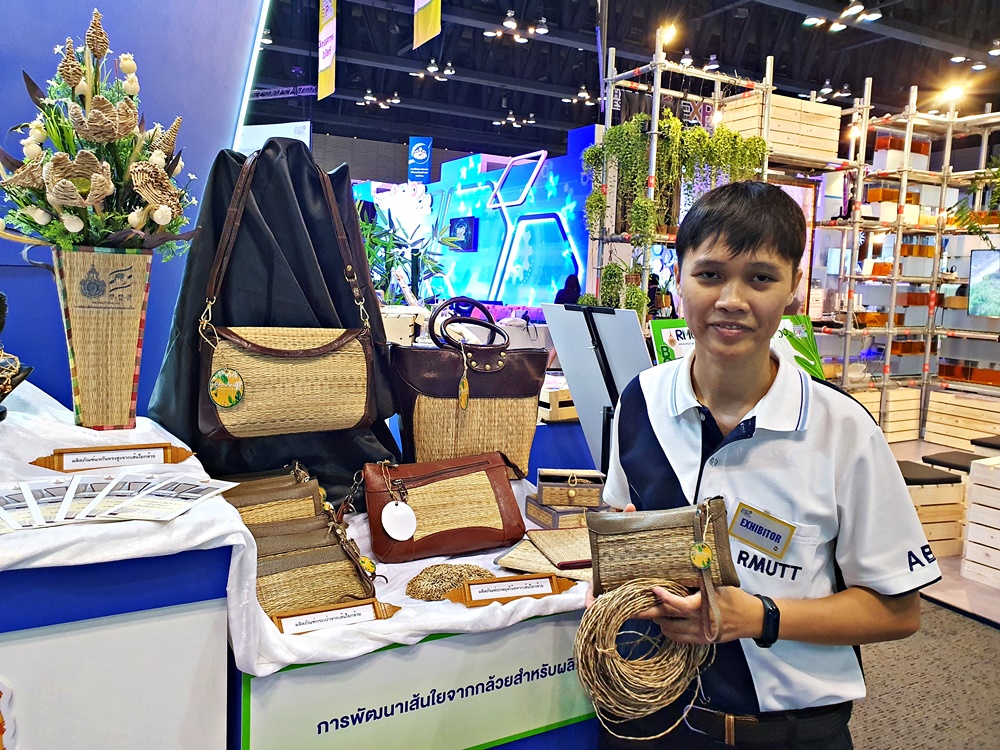 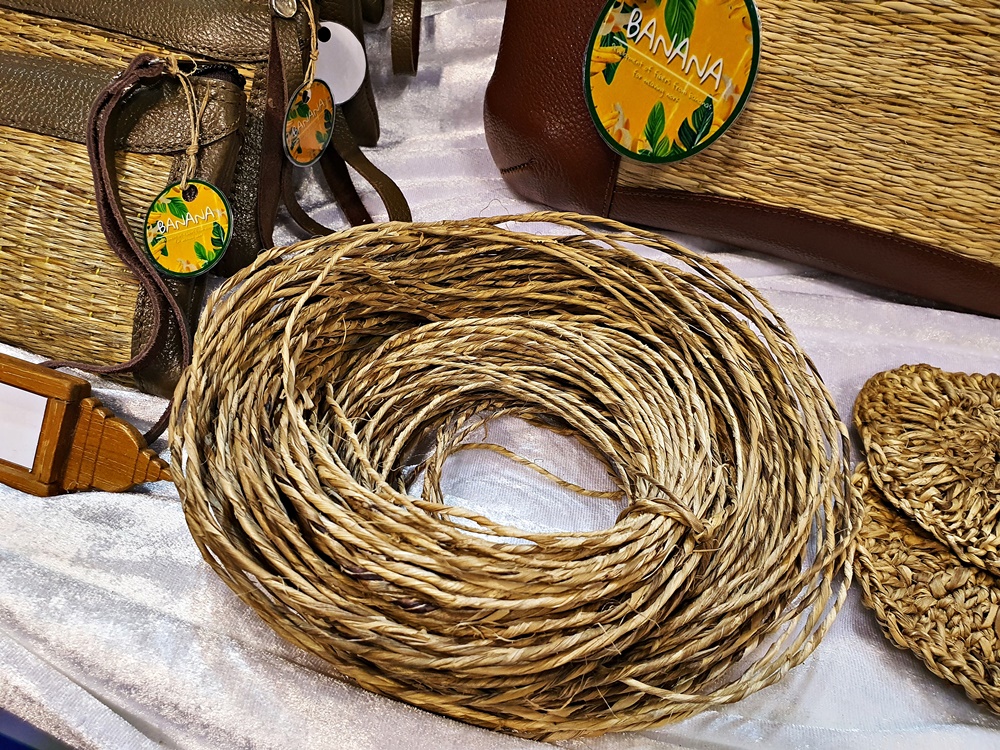 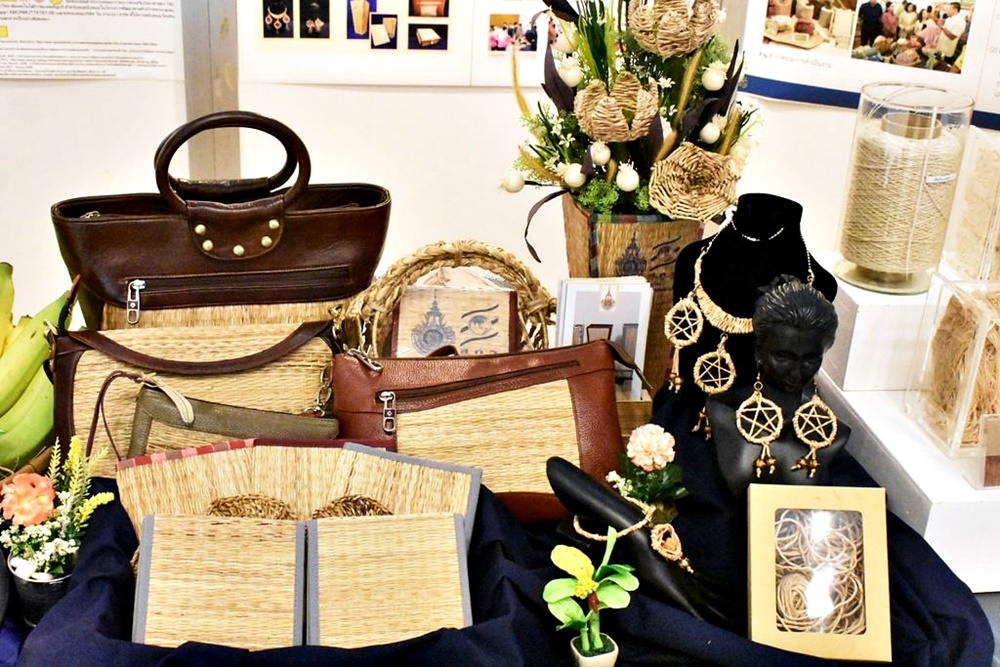 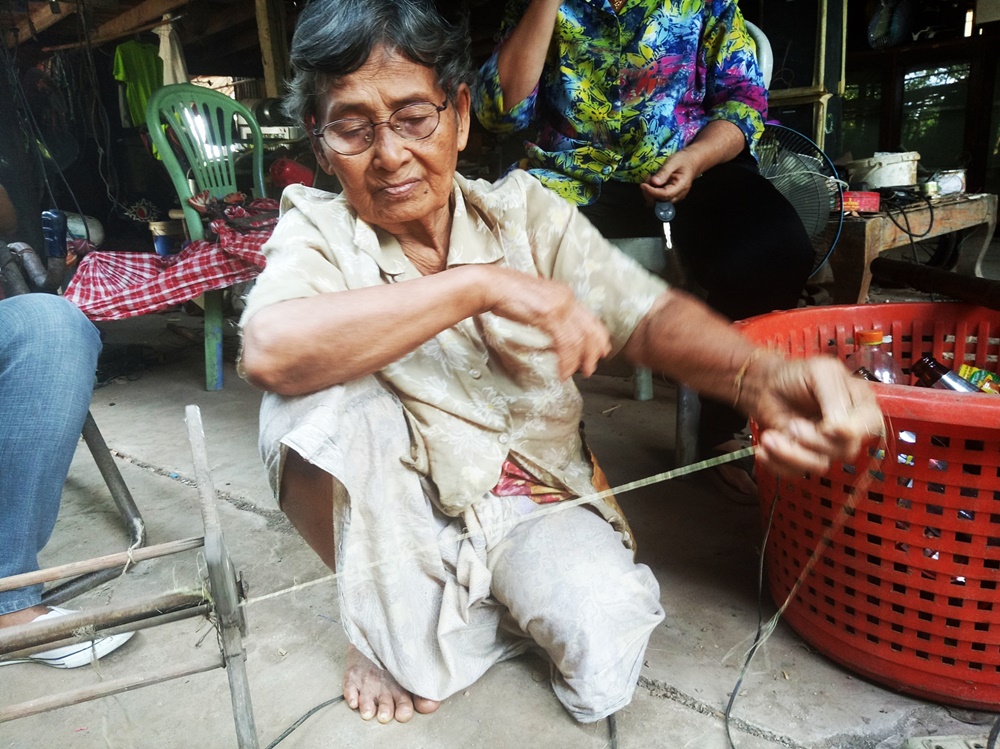 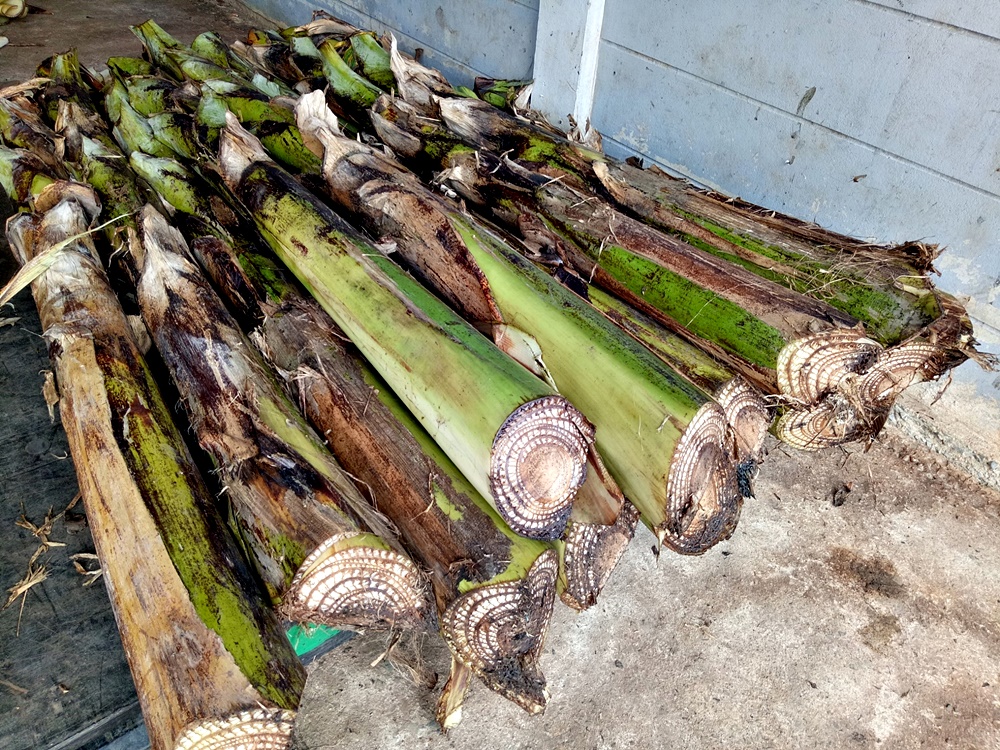 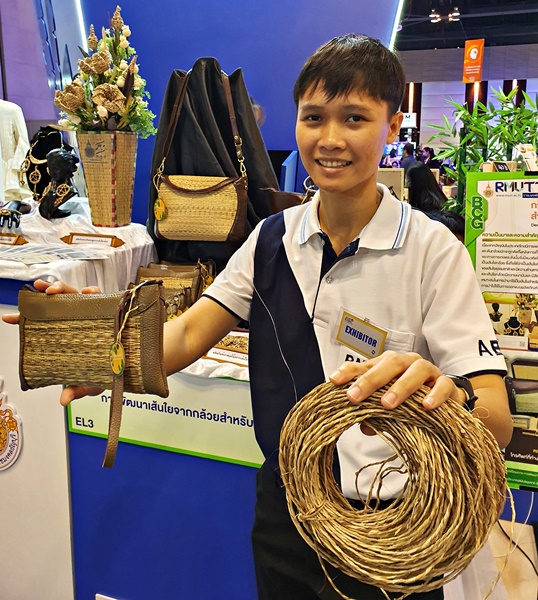 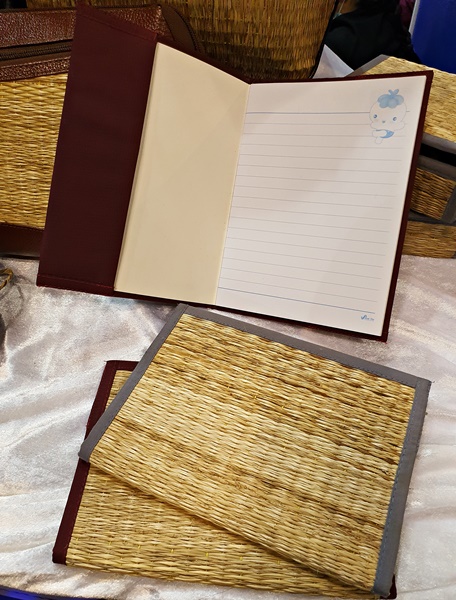 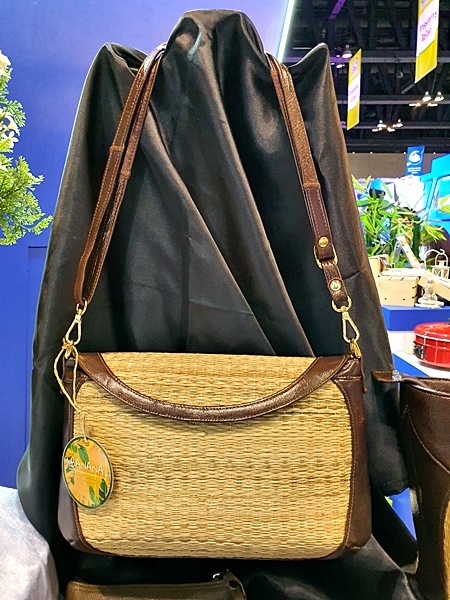 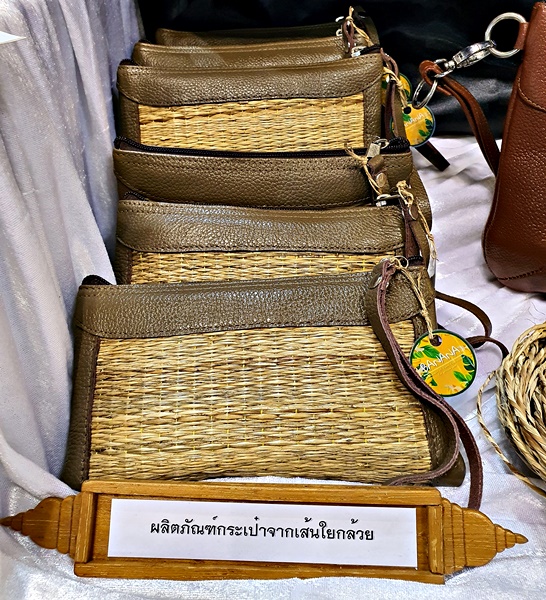 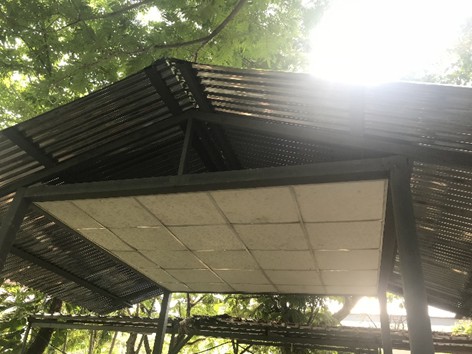