Ko Phi Phi is a small archipelago administratively part of Krabi Province, Southern Thailand. The island of Koh Phi Phi has a tropical savanna climate and is influenced by tropical monsoon winds from May to November every year. For safety precaution, visitors planning travel should seek advice on Phi Phi’s potential monsoon hazards and understand how best to protect themselves.  To get to Phi Phi, 200-seat passenger ferry is by far one of the safest methods of reaching the islands.

Phi Phi Don Island covers a total area of 28 square kilometers. At the north end is Cape Laem Tohng, where there is a Chao Ley, or sea gipsy village. Of more than 15 to 20 families of sea gipsy had emigrated from Koh Lipeh in Tarutao National Park, near the border with Malaysia and lived on the islands long before tourism arrived. At the Cape of Laem Tohng and Hua Rah Ket at Hat-Yao beach, visitors will be amazed by the beauty of sea and its crystal-clear waters, which are amazing diving locations. Aor Ton Sai beach and Loh Dalum bay as two of the world’s most renowned destinations for tourists offers a plethora of hotels with great accommodations and facilities.

Ko Phi Phi Leh has an area of 6.6 square kilometers. The island is entirely limestone and steep cliffs rising from the sea almost entirely encircling it. Its sea water depth could be down to 60 metres. Phi Phi Ley has several beautiful bays including Pileh, Maya and Loh Samaha. Viking Cave or in Thai, Tham Phaya Nak, is a cave on the eastern side of Phi Phi Ley Island. The cave’s Thai name Tham Pya Nak was given by King Rama IX when he visited Viking Cave in 1972. There is a particular boulder in the cave the resembles the head of a great serpent in Buddhism, the naga, and he named the cave after this peculiar shape. Tham Phaya Nak is more popularly known as Viking Cave. It is a place much revered by the local people who come there to collect the swift’s nests used to make Bird’s Nest Soup, a Chinese delicacy. On the eastern and southern walls of the cave are colored drawings dating from historic times. There are pictures of elephants and also of various boats: European, Arab and Chinese sailing ships; baroques, motorboats, and steamships.

The islands are officially part of Krabi Province, and you can access Phi Phi easily from either Phuket or Krabi. The distance from the islands is around 46km from Phuket and around the same distance from Krabi. The Phi Phi Islands including Koh Phi Phi Leh, Koh Yoong, Koh Phai, and other small islands are all located in the area of Hat Nopparat Thara National Park. In the last decade, Phi Phi Island has been the renowned and alluring tourism destination and in particular famous for its diversity of regular tour activities attracting private investment in hotels along with sport and recreation services including restaurants. Koh Yoong (Mosquito Island), and Koh Phai (Bamboo Island) bases its tourism development on natural preservation strategies while, Koh Bida is regarded as best place for SCUBA diving. Most travelers to the islands are from Europe enjoying their time sunbathing, diving, and partying along the beach. Additionally, banks, convenient stores, bakery shops, scuba-diving stores, restaurants, and hotels are all available for service. 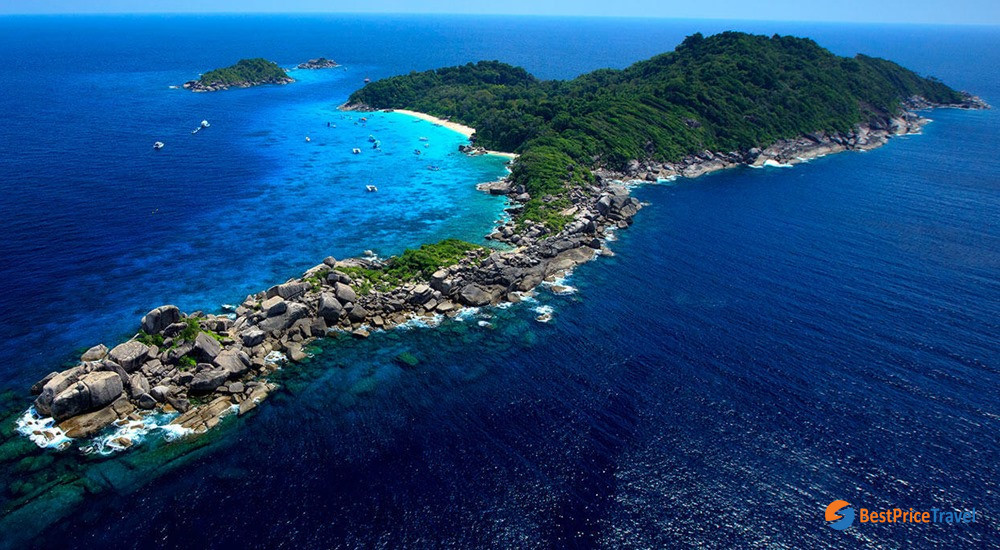