Recycled Costumes, the Most Brilliant Idea at Frehy Night

Learning beyond the Classroom with an Overseas Field Trip

Assoc. Prof. Dr. Natha Koopthasathien, Assistant Dean in International Affairs, revealed that the themes for the workshops were “Color of ASEAN” for web design, “Hope” for short film, and “Mobile Application for ASEAN” for computer programming. The main emphasis was on teaching advanced web design skills, short film production techniques, and computer programming, using English as the medium of instruction.

The winner of the computer programming event (iCPC), Parinya Chankrut, fourth-year computer engineering student, said that he used “socket programming” to command two vehicles to move objects from one place to another. “I wrote socket using JAVA, which is the basic language for iCPC. The objective was to collect 20 diamonds using the shortest amount of time. One of the strengths of the program I wrote is that each vehicle can collect two diamonds; this helped to save time, which was different from the other teams,” he said, adding that he was impressed by the Japanese teams’ determination and self-discipline. “The 20 days that we spent together was a good experience, which I can adapt and use in my future learning.”

Sorasak Pinwiset, fourth-year multimedia technology student, took the first place in the web design event (iWDC). The contest’s theme was “Color of ASEAN”, and each website was to describe important information about each ASEAN country. Each country had three sub-topics, which were to be navigated using the scroll feature of the mouse. “I received knowledge about web design and felt thankful for having been given a chance to participate in the contest and awarded the prize,” he said.

Winners of the first prize for the short film event (iSFC), Poramat Cheewakan and Kanitkorn Srimaporn, both fourth-year multimedia technology students, created a three-minute short film called “The Pill”. The main theme was about hope, and the story revolved around a terminally ill man whose doctor told him that he still had a chance to recover from the illness. The doctor gave him some medication, which was in fact the placebos, but the patient actually recovered because he believed very strongly that the medication would help him recover. “The experience was eye-opening, as it was the first time that I went overseas. I learned that the world is so vast and that Japanese people take the work process and copyrights law very seriously,” they said.

Tetsuo Hayashi, a representative from the Japanese team, said that he learned new graphic design skills from the workshop and felt touched by Thai students’ generosity. “This is the first time I visit Thailand and learn about Thai culture. All the suggestions and comments that I received from friends and the workshop are very useful and I will apply them to my web design work,” he said.

Yuna Moki and Aika Shinoda said that they found the event interesting. The collaborations with Thai students allowed them to expand their knowledge and skills in graphic design and web programming. “We like Thai food and had a chance to try the spicy papaya salad (Som Tam). Although language was a big challenge, we found that Thai people were down-to-earth and generous,” they said.

Apart from the skills and knowledge, the students from both countries also learned about each other’s culture and developed cross-cultural friendship by communicating in a foreign language. 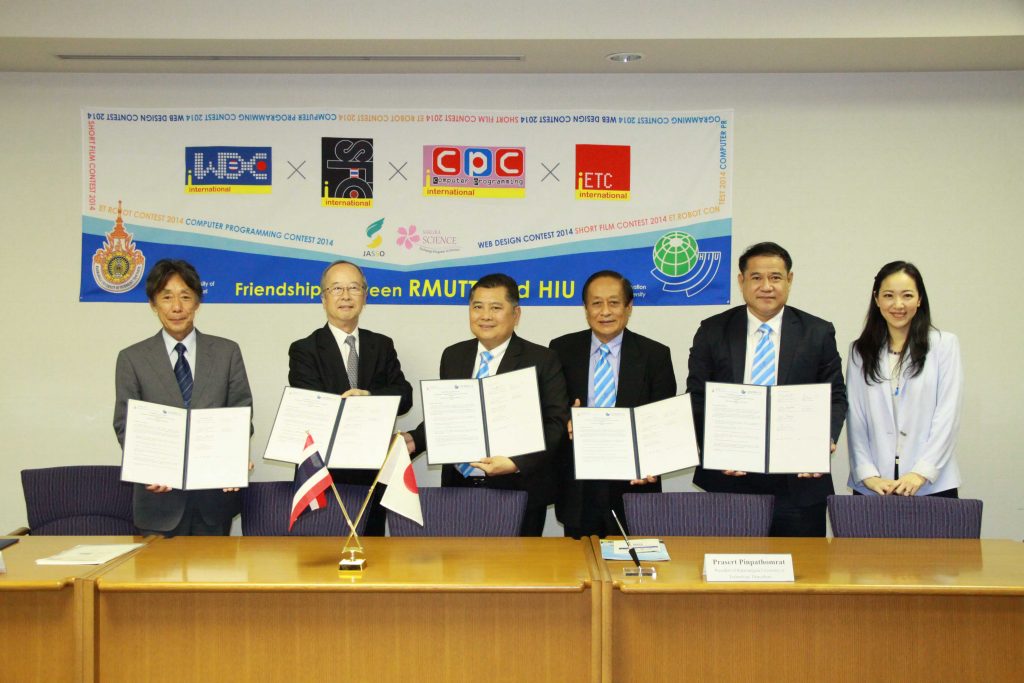 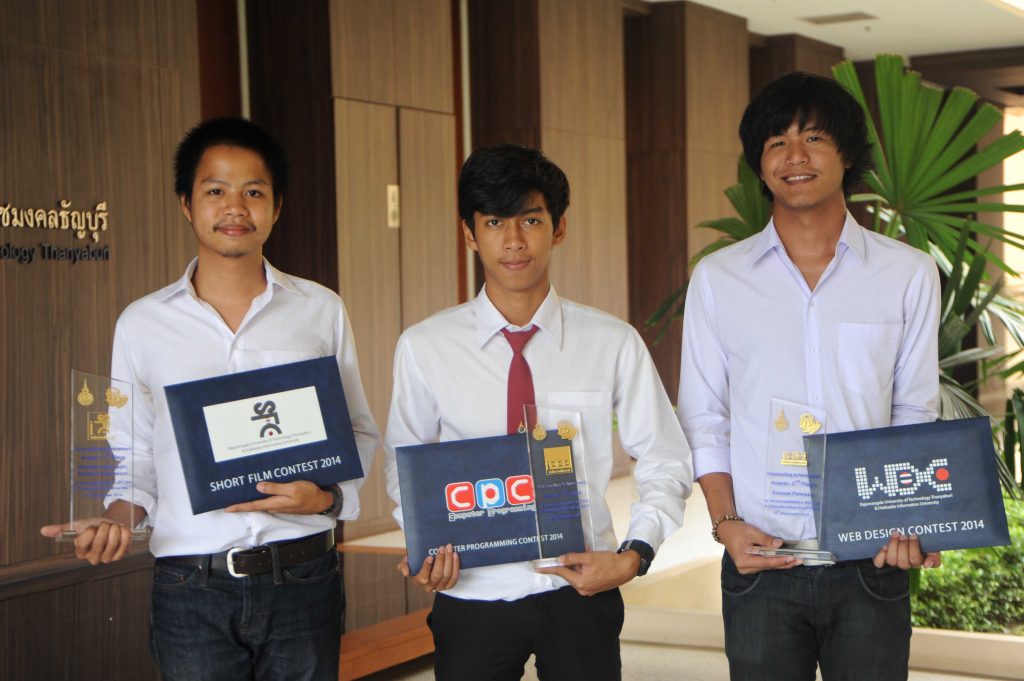 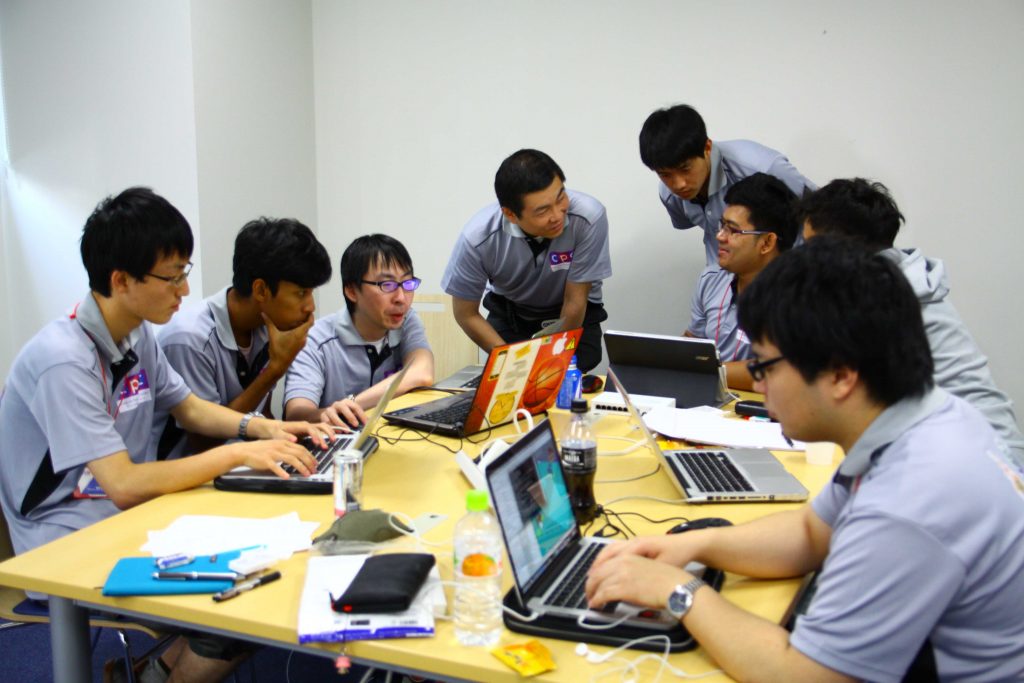 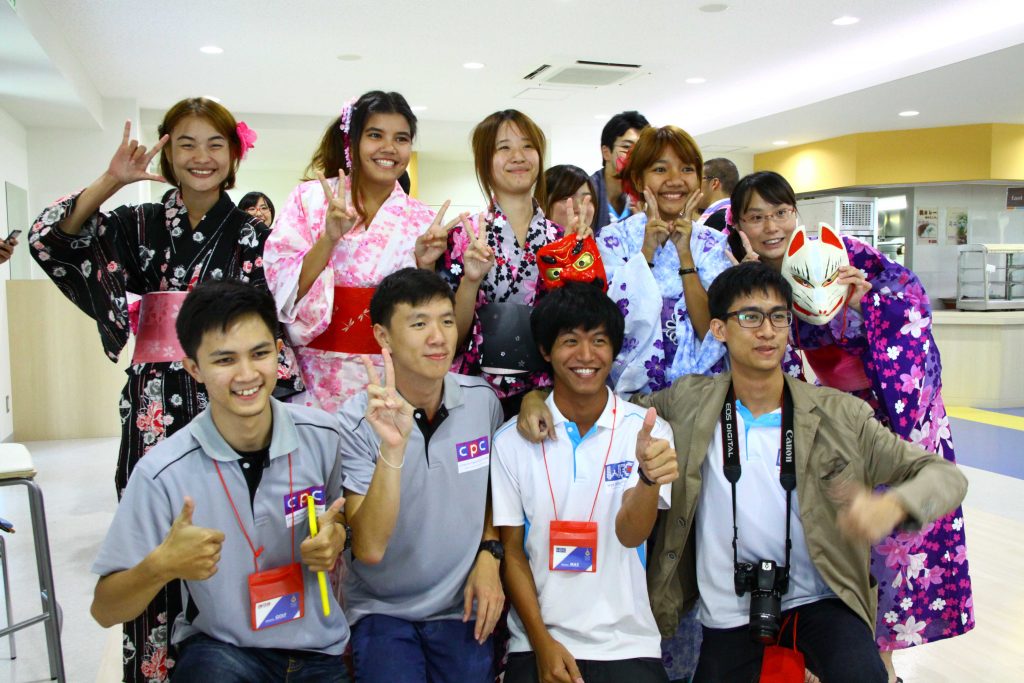