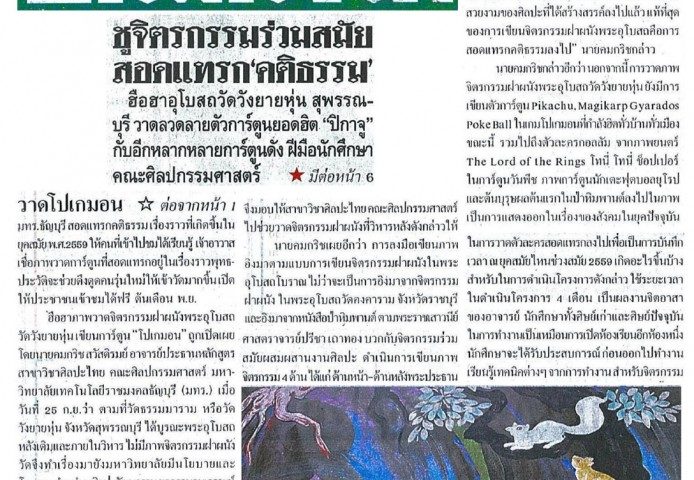 Wat Wang Yai Hun, a famous temple in Suphanburi province contains murals of popular cartoon characters such as Pikachu and other cartoons, which were created by students in the Faculty of Fine and Applied Arts at RMUTT. The cartoons integrated events that occurred in 2016 so visitors will be able to learn about them. The abbot of the temple believes that the cartoon drawings that integrate the history of Buddhism and related teachings will attract younger generations to temples. The temple is open to the public for free until early November.

The Pokemon murals were revealed by Mr. Komkrit Sawatdirom, Professor in the Bachelor of Fine Arts Programme in Thai Art, Faculty of Fine and Applied Arts at RMUTT. On September 25th, 2016, Wat Wang Yai Hun had to be restored and there were no murals on the temple walls, thus approaching RMUTT to ask for assistance, along with specific policies and procedures. The project to restore arts and culture in Wat Wang Yai Hun was initiated soon after. Assoc. Prof. Dr. Prasert Pinprathomrat, RMUTT President allocated responsibility for the Department of Thai Arts in the Faculty of Fine and Applied Arts to paint the mural in the temple.

Mr. Komkrit Sawatdirom said that he drew inspiration from traditional wall murals, whether it be murals in Wat Kongkaram in Rachaburi province, books about Himmaphan Forest by Professor Preecha Thaothong, and contemporary arts. Four sides of the temple’s walls were painted. The mural in the front is a story about the plague while the mural in the back tells a story about the three worlds. Murals related to Himmaphan and the Buddha make up both the left and right walls in the temple.

“The biography of the Buddha has been depicted to be appropriate for the temple and combines different ways of writing depending on the designated time period drawn for each mural. Besides decorating the temple’s walls with beautiful murals, the objective of drawing the murals were to integrate Buddhist teachings into it” said Mr. Komkrit Sawatdirom.

Furthermore, Mr. Komkrit Sawatdirom said that he drew Pokemon characters such as Pikachu, Magikarp, and Gyrados, and Pokeballs, characters from The Lord of the Rings, Chopper from the Japanese manga One Piece, and European football players. Mr. Komkrit combined the cartoon drawings with his drawing of the first tree in Himmaphan Forest to depict Thai society today. He decided to draw relevant cartoon characters so it can be a timestamp for what occurred in 2016. With help from volunteers, current students, and alumni, the project to paint Wat Wang Yai Hun’s murals took four months. The working process was similar to that of being in a classroom. Students were able to gain experience before working, and have learnt various techniques for painting murals. The project will be completed in early November.

The abbot of Wat Wang Yai Hun said that an older temple has been restored into Luang Por Rod’s sanctuary. The walls inside the temple are plastered with white cement. Drawings of cartoon characters will be able to attract more people to visit the temple. However, the real value of mural paintings is that it showcases the beauty of Thai art. 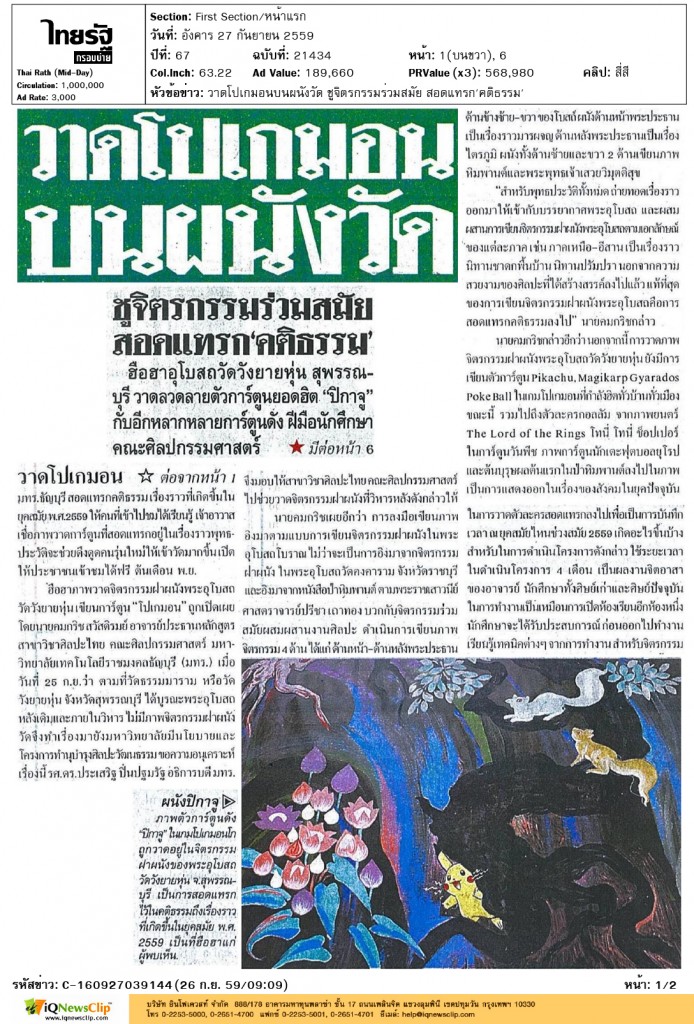 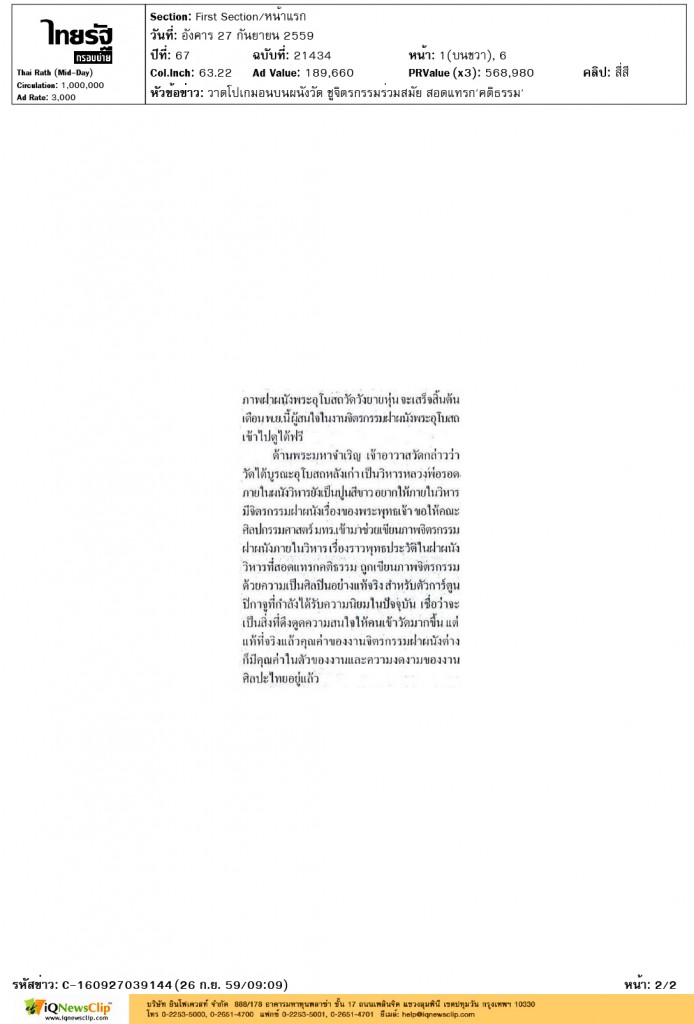