OHEC committee ending the establishment of affiliated campuses in Thailand 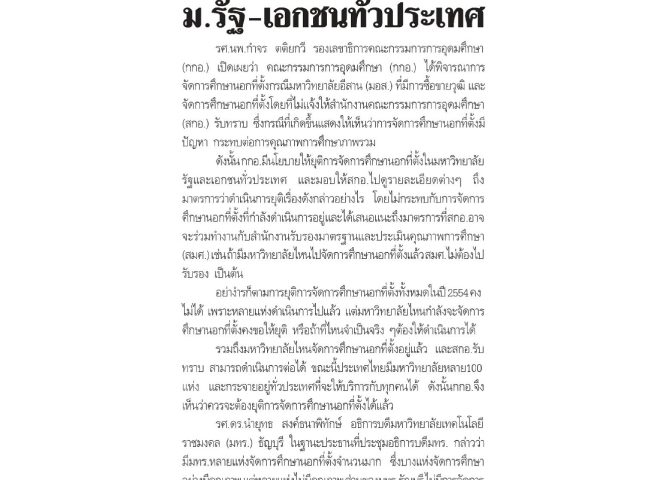 Assoc. Prof. Kamjorn Tatiyakavee. M.D, the Deputy Secretary-General of the Office of the Higher Education Commission (OHEC), said that OHEC committee had considered the case of E-Sarn University which sells and purchases the Certificate of Teaching and established an affiliated campus without informing OHEC. This issue has been finally affecting negatively the overall education quality.

Thus, OHEC committee set the policy for both public and private universities to stop their projects about new affiliated campus establishment and assigned OHEC to get rid of this problem without causing the negative effects toward the universities who already run their affiliated campuses. Moreover, the committee also suggested that OHEC, for example, can cooperate with the Office for National Education Standards and Quality Assessment (ONESQA) to not certify the quality of education in case if there is new establishment.

Speaking of stopping current constructed and constructing affiliated campuses, it is needed to be reconsidered because lots of universities have been running their project operation already but it is possible to stop the universities who just planed to establish. The reason is because Thailand currently has more than 100 affiliated campuses serving much enough the people’s needs. Therefore, OHEC committee agreed to end the upcoming campuses establishment projects.

On behalf of the president at the “President Conference of Rajamangala Universities of Technology (RMUTs)”, Assoc. Prof. Dr. Numyoot Songthanapitak, the president of Rajamangala University of Technology Thanyaburi (RMUTT), said that there are a lot of universities under RMUT opening the affiliated campuses which the education quality can be both qualified and unqualified; but it is mostly unqualified. However, RMUTT was considered to not open the other campus without the best quality of education can be well performed in the current campus.

Previously, we as a group of RMUTs have been already talking about the opening of affiliated campuses but not go in deeper detail yet because we are realized that the current status of our university management now was already separated which it is not suitable to get involved in other’s decision. Nevertheless, this issue will be taken into the meeting on coming May. 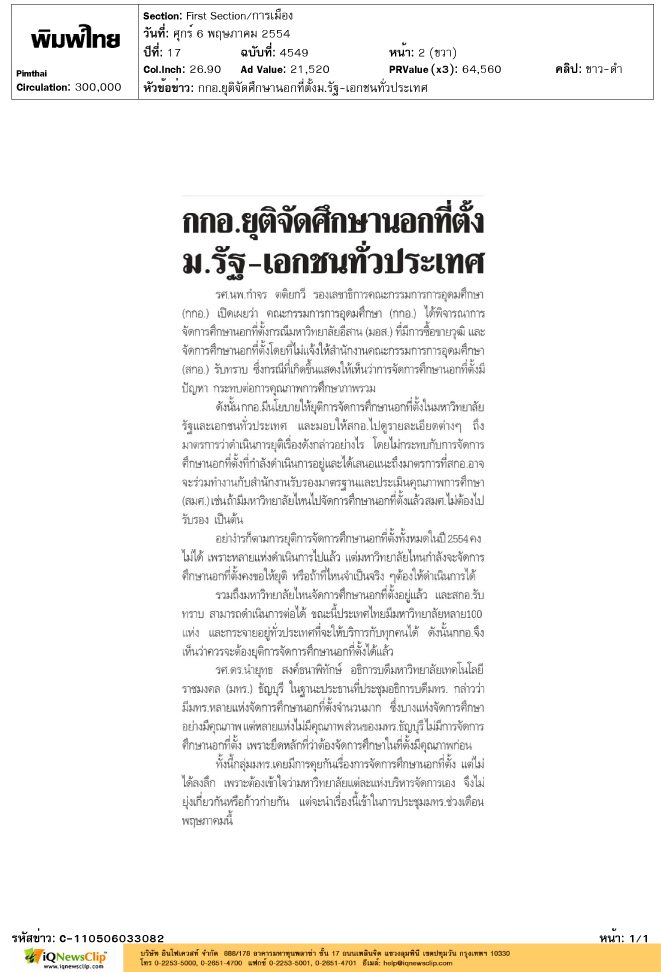