The 3D printer prototype, developed by Mr. Nataphol Intarabutr, Mr. Teeraphan Ngernthan, and Mr. Pichitphol Suwatanangkul, students from the Department of Electrical Engineering in RMUTT’s Faculty of Engineering received an outstanding award from this year’s RMUTT Young Talent Innovation. The 3D printer prototype has a low production cost, can rapidly produce products, and contains various components that may be specifically designed. Asst. Prof. Surin Ngamngarn was the students’ advisor for the project.

The 3D printer prototype is controlled by an Arduino microcontroller and stepper motor. To create objects using the 3D printer prototype, the user must design an object using a computer software and save it as an .STL file and open the file in the Repetier Host program to convert the file into a G-Code command to instruct the microcontroller to create appropriate nozzle movements to melt the PLA plastic, in order to print and mold objects. The nozzle will inject into the plastic mold by means of weaving, using three-dimensional movements to obtain a complete three-dimensional object. The injected plastic is a line with a diameter of 0.2 – 0.4 mm, depending on the desired resolution. The program will be able to calculate when an object will be completed based on the duration used in every step of the production process, which is displayed on an LCD monitor. Furthermore, the 3D printer prototype is also compatible with SD CAED files. The cost of producing this 3D printer prototype is THB is approximately 15,000.

Moreover, the 3D printer prototype is particularly useful for small industries that aspire to produce quality and affordable products with minimal production costs. The 3D printer may help solve the predicament of high costs for 3D printers in the market. It can also be used to make various products and can be applied in daily life. Those that are interested may contact Mr. Pichitphol Suwatnangkul for more information by calling 089-701-8167. 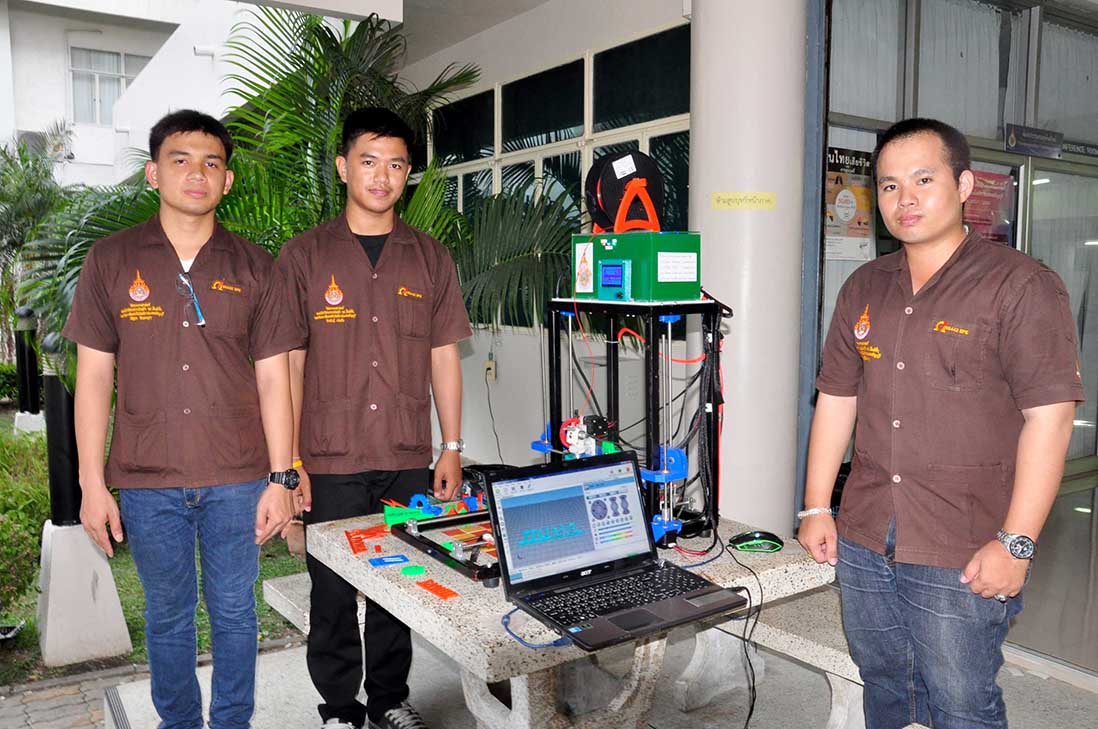