‘The Bamboo’: RMUTT’s Designers Use Bamboo to Create New Products

“I will have to be patient, persevere, and not give up; I still have my parents whom always encourage and support me” is Ms. Anusa (Nac) Duangkoed’s motto. Nac is a third year student in RMUTT’s Department of Technology and Creative Thinking, Faculty of Home Economics Technology. She has difficulty hearing, but received a bronze medal in the waste reuse skill competition in the 9th International Abilympics held in Bordeaux, France, which tested a total of 49 skills, with more than 665 disabled participants representing 33 countries.

Nac said that she had the opportunity to represent five provinces in Nakorn Rachasima in the 7th International Abilympics waste reuse skill competition and received first runner up from the 12 participants, whom were selected nationwide. In addition, RMUTT has sponsored Nac to participate in this competition. Prof. Chulabhorn Srimuangmai was her mentor and a prof. in the Department of Technology and Creative Thinking. The prompt said that the invention must contain a wine cork. Wine can be incorporated in 50% of the invention. Participants were allotted six hours – three and a half hours on the first day and two and a half hours on the second day. 10 participants from seven countries participated in the waste reuse skill competition, including Thailand, France, Finland, Slovakia, Macau, Hong Kong, and Philippines.

Her invention, called “The Grape Vine”, was made of fragmented bamboo, newspapers, wireframes from old clothe hangers, and plastic bottles. The unique features of the invention was that the wine cork was sliced into pieces that resemble grapes, using a wireframe. Wine glasses can also be hung from “The Grape Vine”. She glued the wireframes together to resemble vines. It is not obvious to the naked eye that wine corks were used to make this invention. Plastic bottles were used to resemble an artificial owl. She chose to create an owl because it is a mascot of wisdom. In addition, the obstacle of this competition was that the wine cork participants were allowed to use was slightly harder than those used in Thailand. Nevertheless, Nac would like to thank RMUTT, professors, and the department for equipping her with the necessary knowledge and skills, and providing her with the opportunity to showcase her talent in France.

Nac was proud and honored to receive the award this year, despite having difficulty hearing since she was four years old. This competition provided her with a platform to showcase her talent and obtain new knowledge and experience. Going forward, Nac has only one course left to complete in order to graduate. If given the opportunity, she wants to study in the postgraduate level. Nac is the eldest child, so she aspires to complete a higher education in order to use her knowledge and skills in work, to own a flower shop, which is her and her family’s dream. Since she had a hearing disability, she was never let down, but sees that everyone has a purpose and goal in life.

Besides receiving this year’s award, Nac is classified as a student with a disability and also received a royal consolidation prize in higher education in Thailand’s central region for the 2014 academic year. Let us congratulate Nac again as she is an example that shows that having a disability is not an obstacle to living daily life. 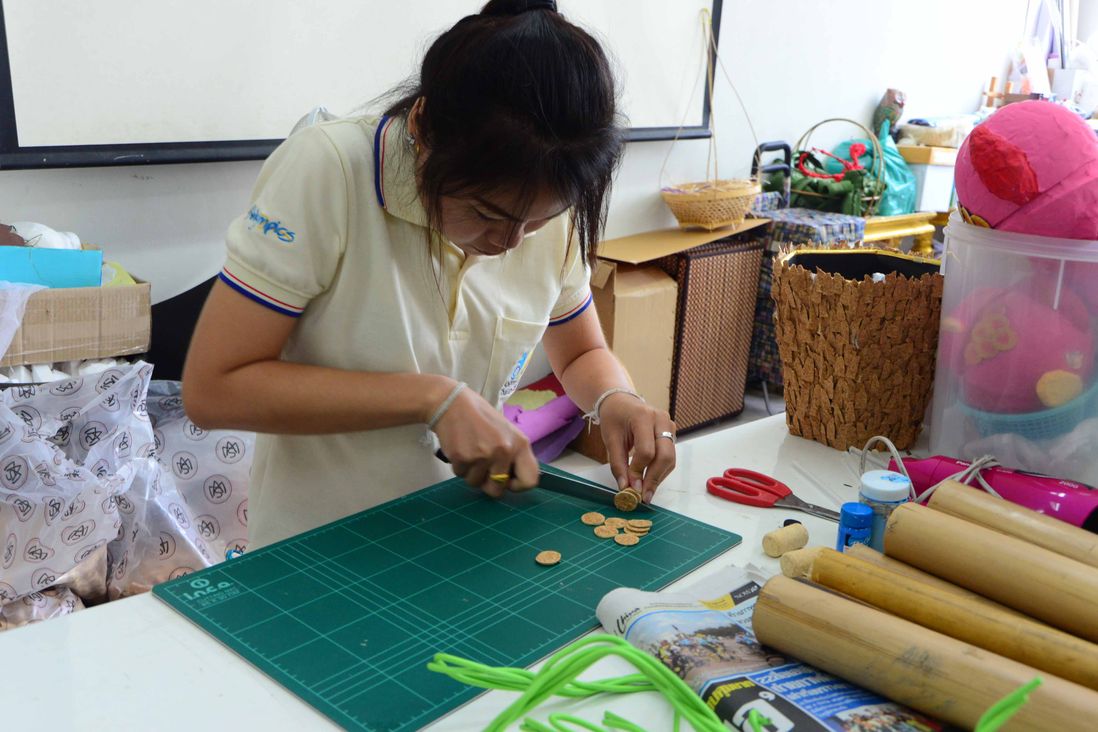 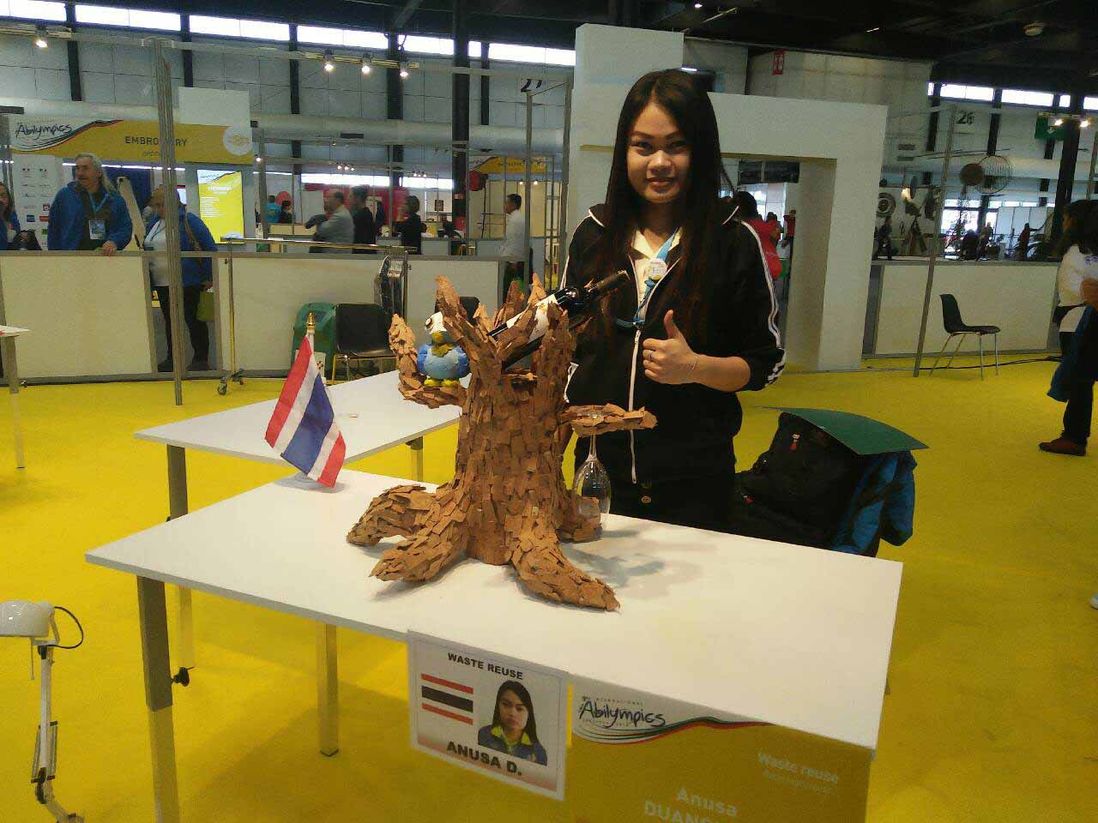 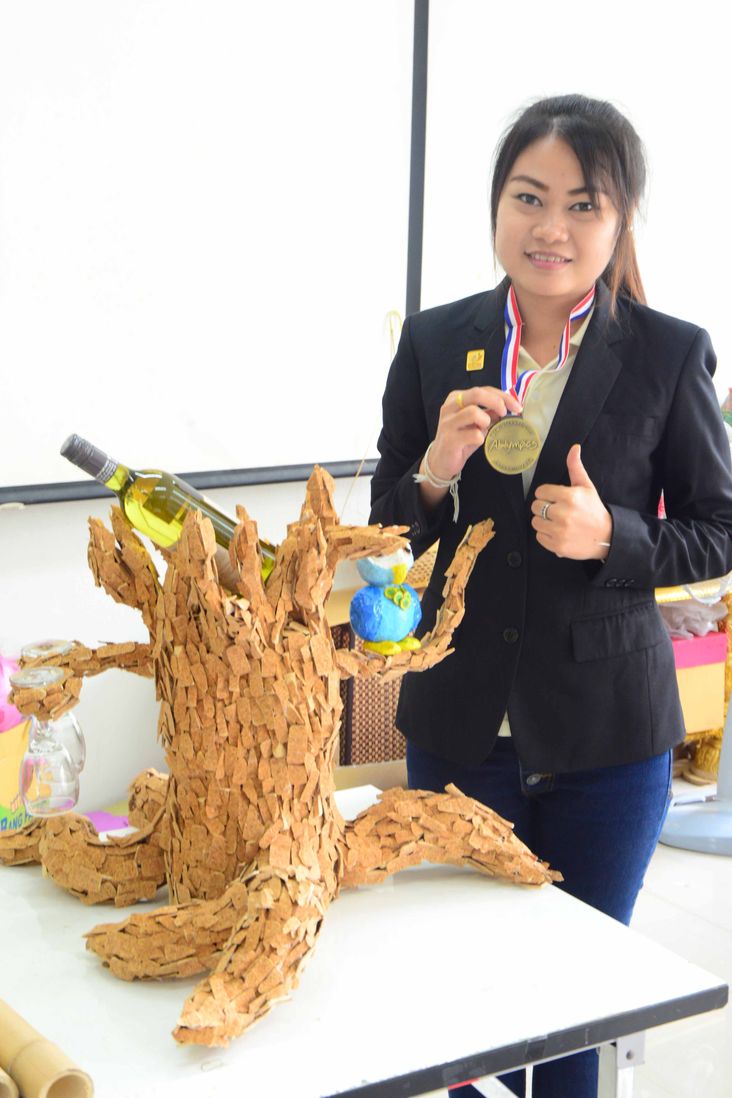 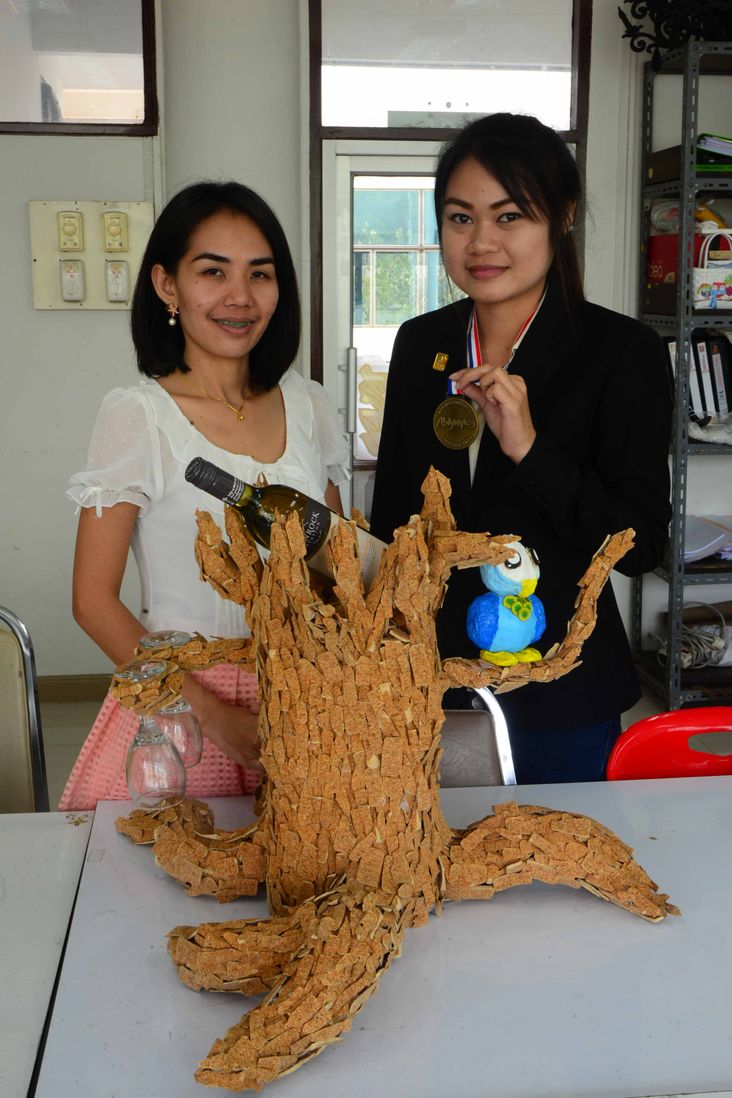 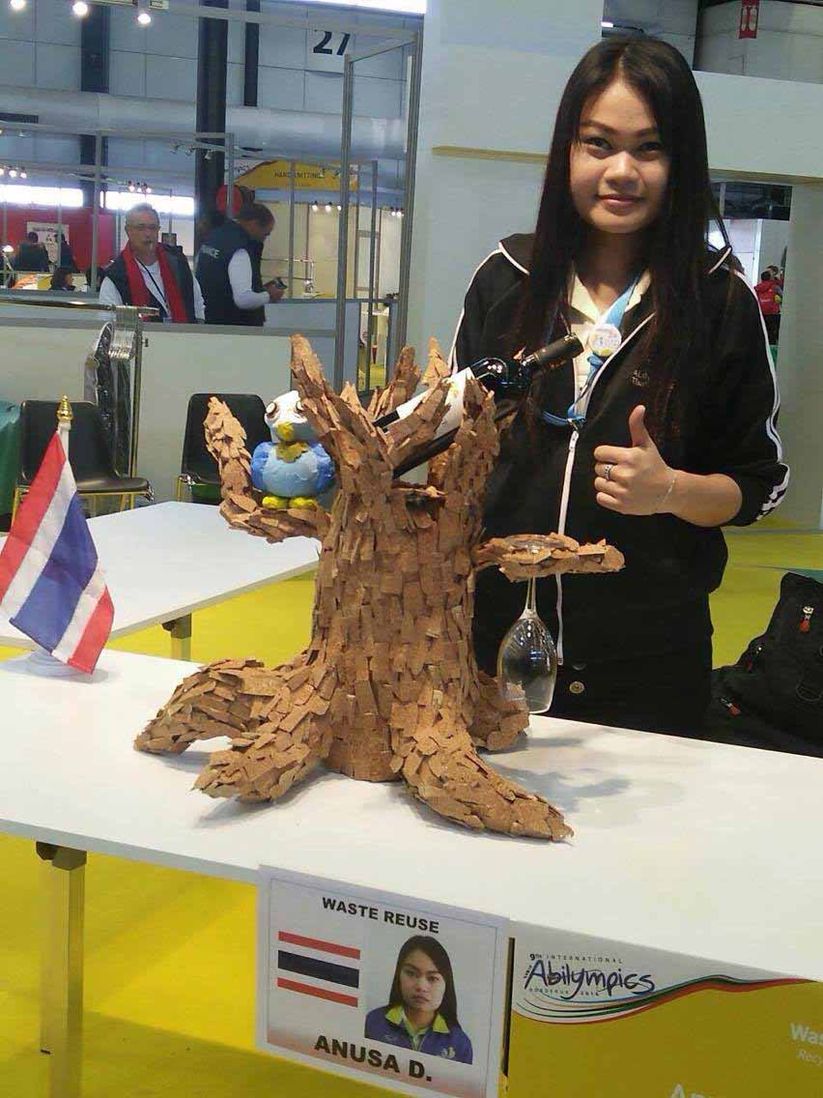 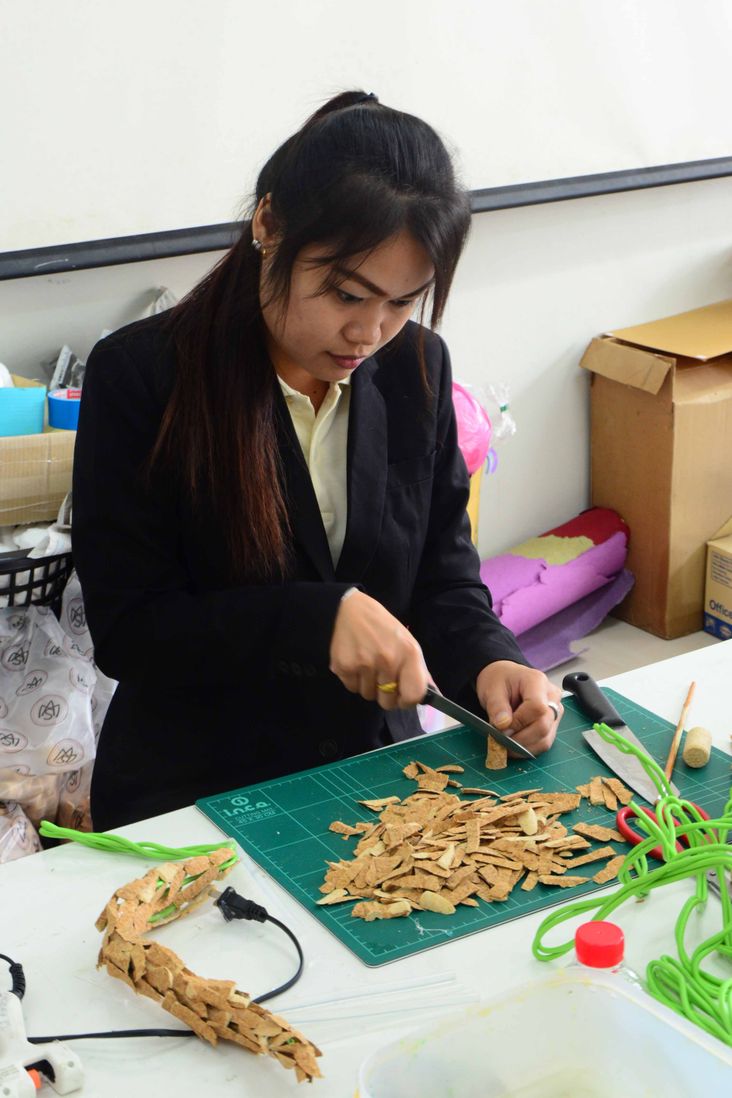 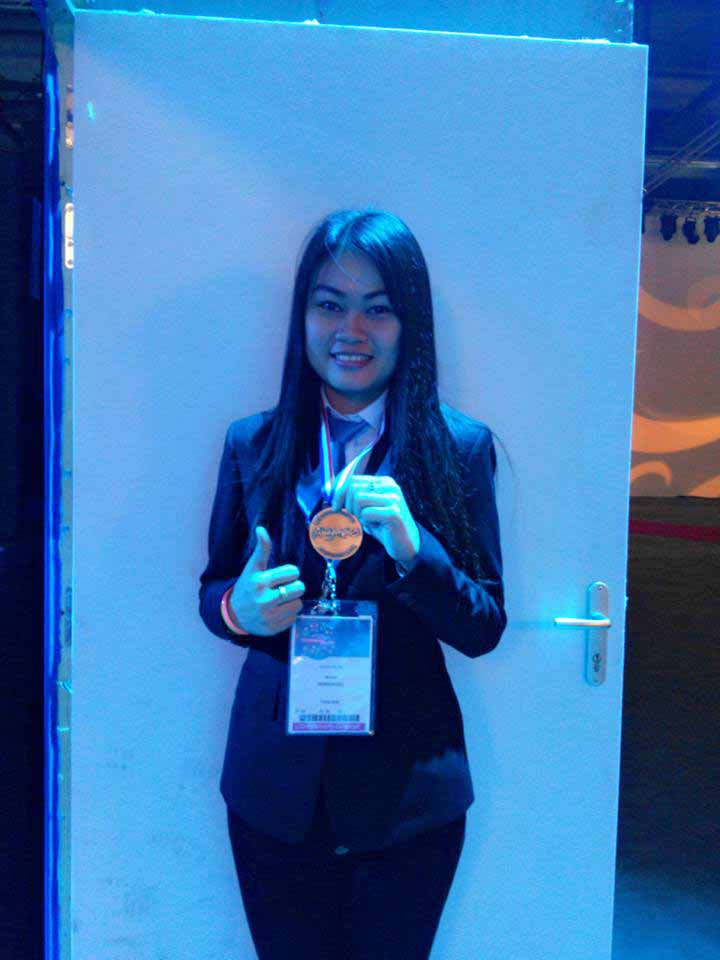 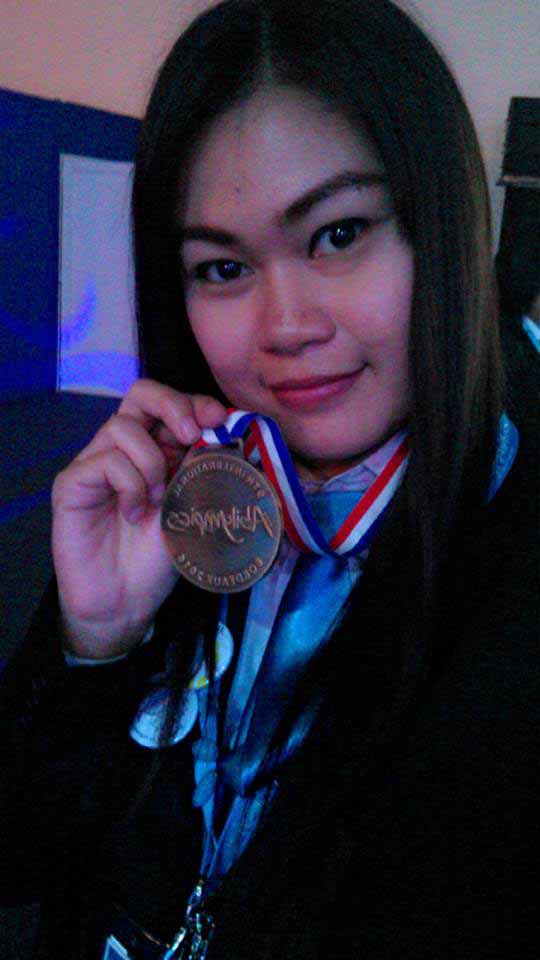 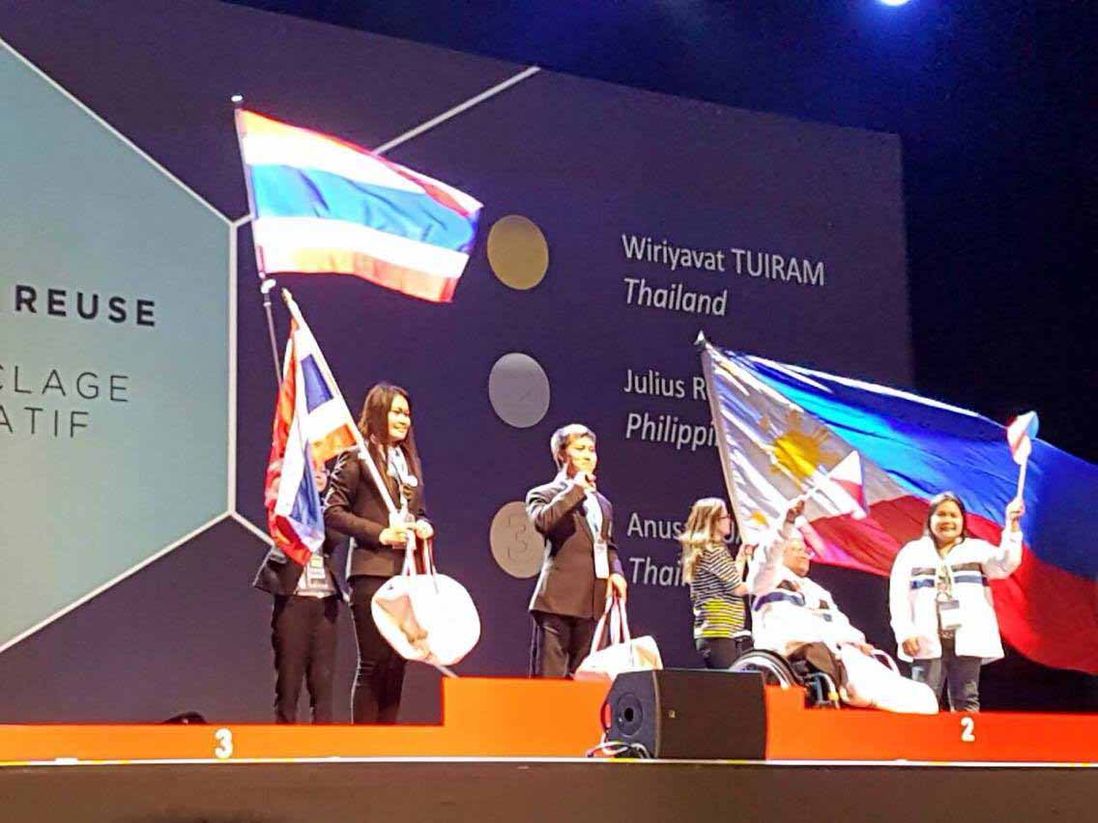 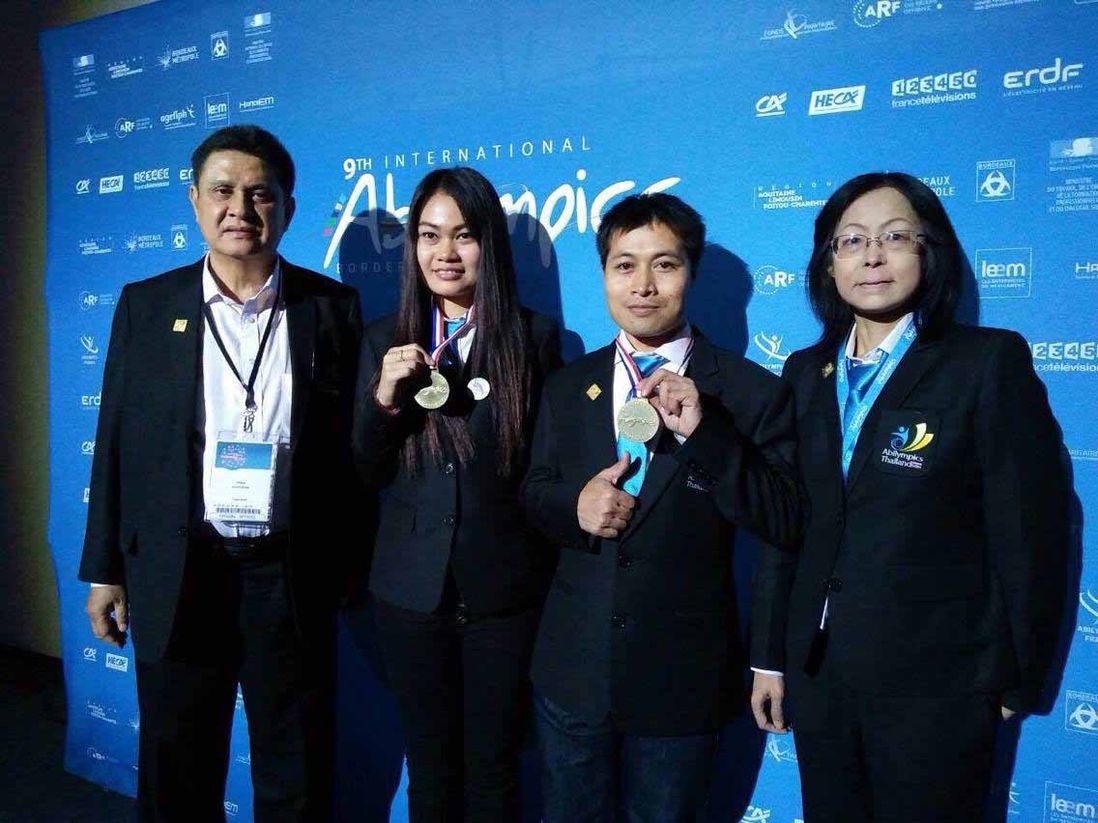 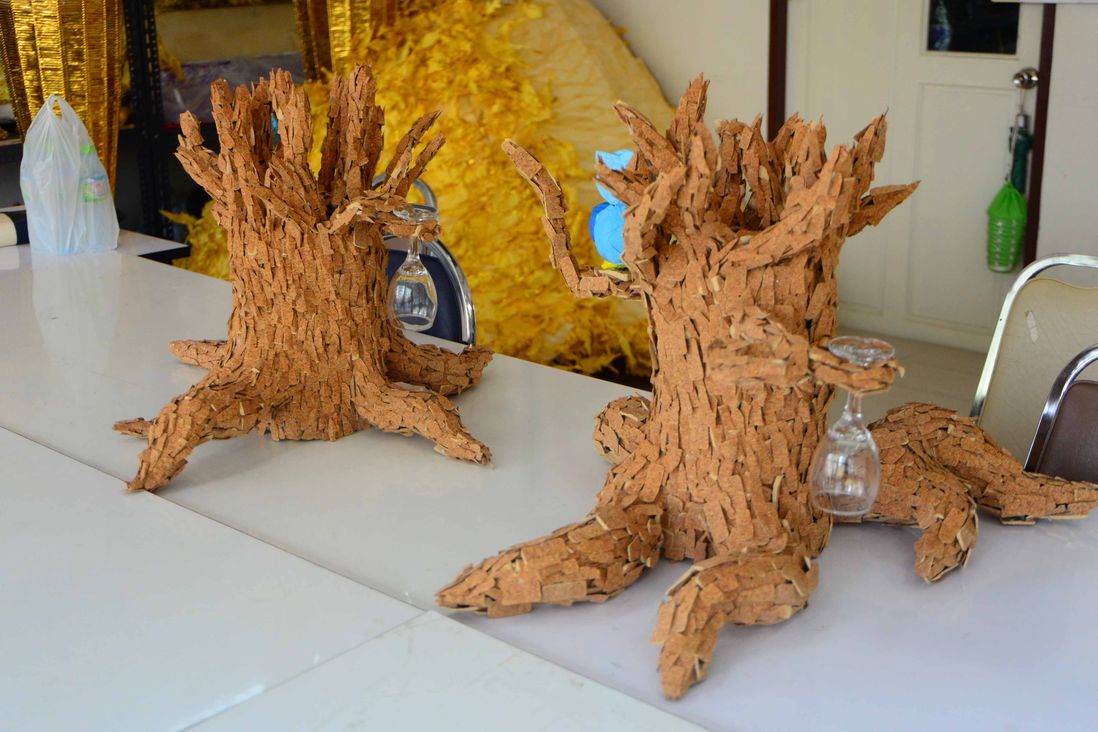