Assistant Professor Dr. Nipat Jongsawat, Dean of Science and Technology revealed, “The two inventions were the result of success in collaboration between university lecturers and their students. Because of the hand-on experience inside the classroom provided by the university and its faculty, students were able to be facilitated by active learning rather than the passive one given in their curriculum.  Besides, university has also been promoting and supporting research scholarships to their undergraduate students in order for them to participate in different international invention contests around the world. Regarding the students’ research advisors, Associate Professor Dr. Suwarin Pattamavorakul has consistently and knowledgeably given his advices to his students from the very first procedure of the research until the completion of research invention. At the same time, Dr. Suwarin himself also received his full financial support from the government and private sectors to fulfil his success of being awarded a gold medal for “Thai Traditional Massage Learning Model for Visually Impaired” and silver medal for Assistive Plate and Pen Technology to Help the Visually Impaired Sign Their Name and Identify Colors from Seoul International Invention Fair 2018” (SIIF 2018), Republic of Korea. These remarkable achievements have been added to the hall of Rajamangala University of technology Thanyaburi success for the past decades.”

Mr. Nonthakorn Pukdeejai proudly said, “I am blessed and proud because I have never ever joined any international research competitions before and surprisingly my friends and I won the awards for Thailand. I would say that these inventions were invented to facilitate and help those who are visibly impaired in their daily works and activities. Concerning “Thai Traditional Massage Learning Model”, this research invention could promote and support Thai sight impaired masseurs for their massage training particularly when this model may perhaps help demonstrate at which part of the body should be massaged in steps as found in the medical therapist textbooks and the model itself also has special light effects and sounds to help show the correct position of massaging with clear explanation. Nonetheless, the second scientific research invention that is interestingly helpful to the sight disabled is a pen technology that is capable of assisting the visually Impaired by identifying colors and telling them in voice. This could be very beneficial especially when the disabled prefers to identify the clothing colors to match their daily activities, works, special occasions, etc. In respect of future works of the inventions, currently the research team is finding ways to minimize the size of the pen for a highly portable device while, the model is being improved by adding the head part to the model and in the next phase of the invention, silicone will be added to the model so as to help create illusory sense of human touch. 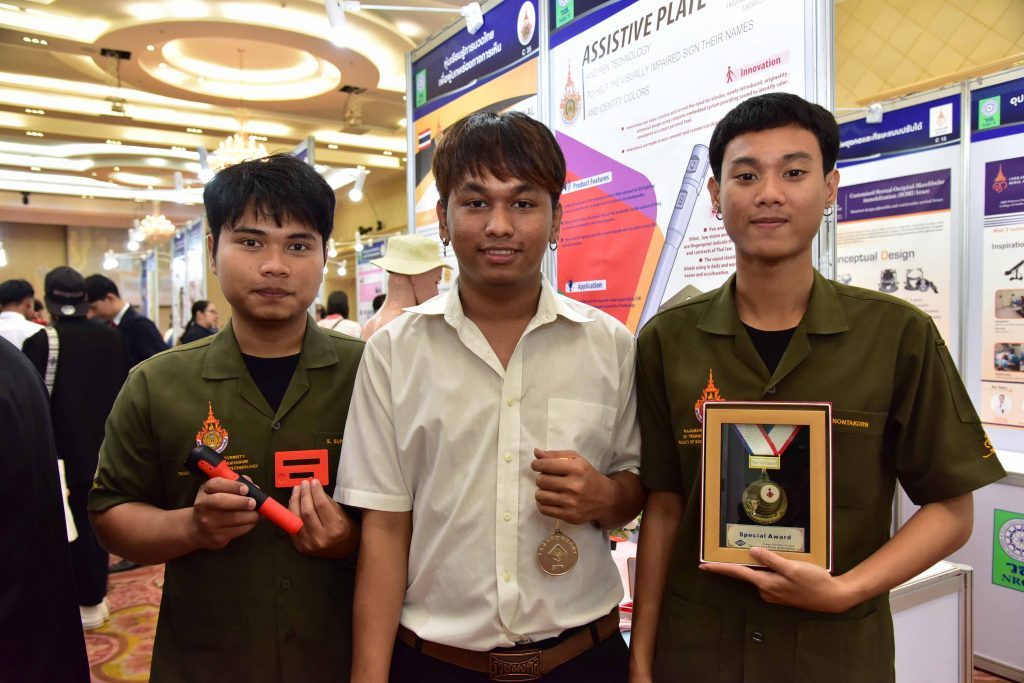 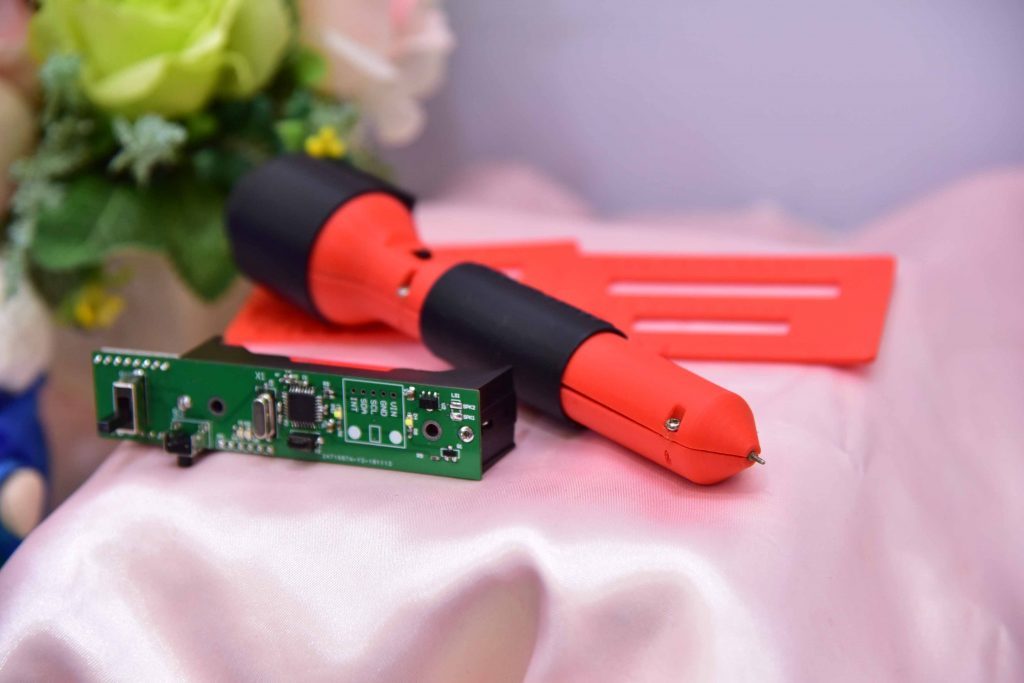 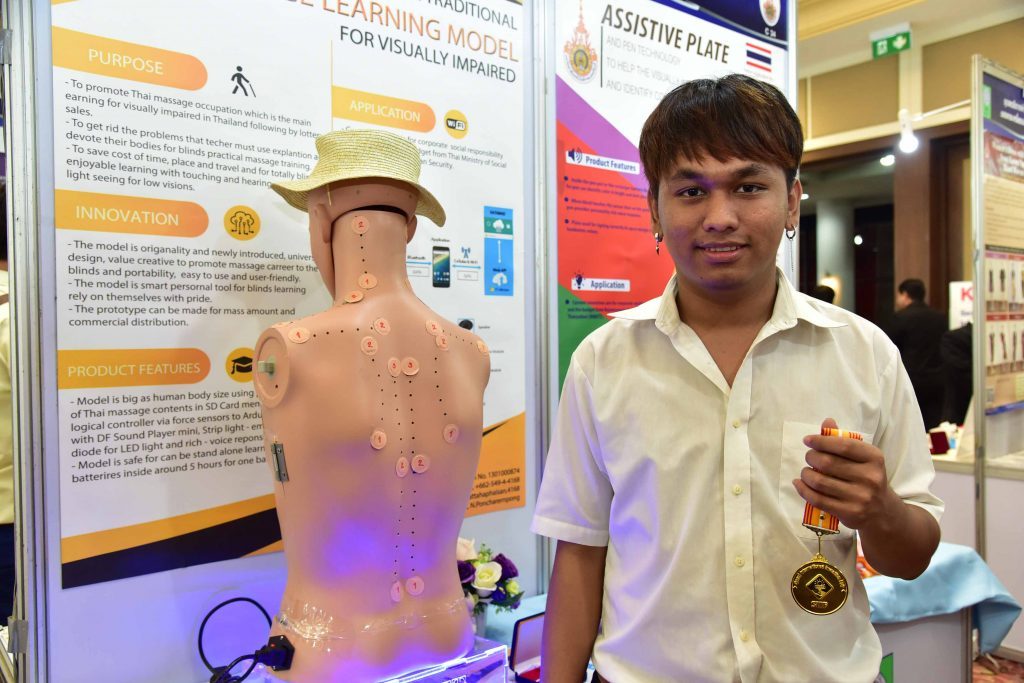 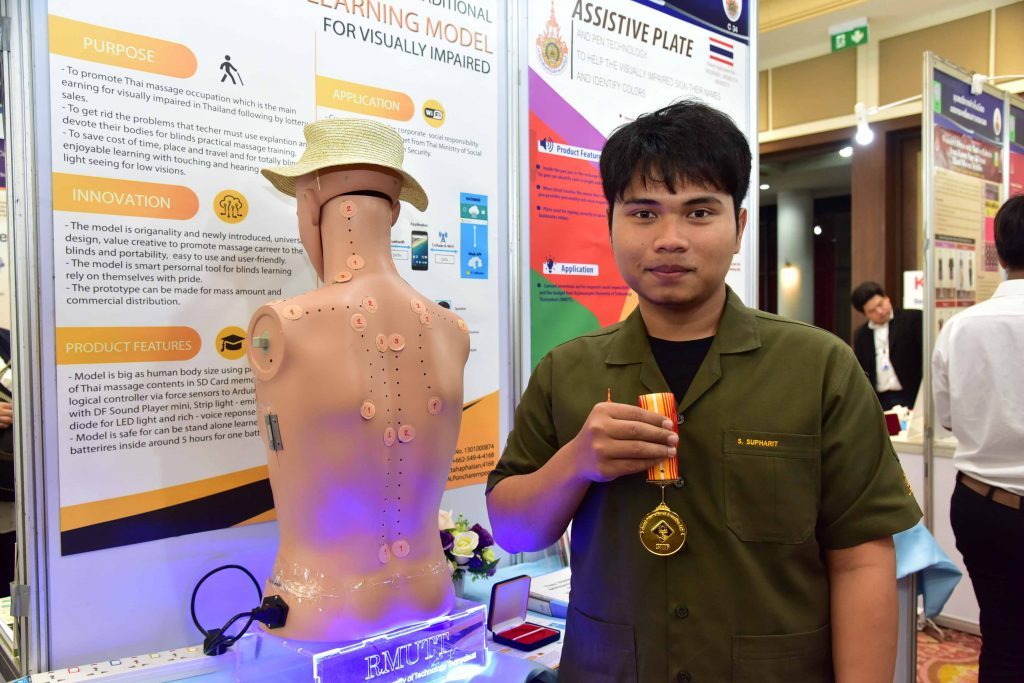 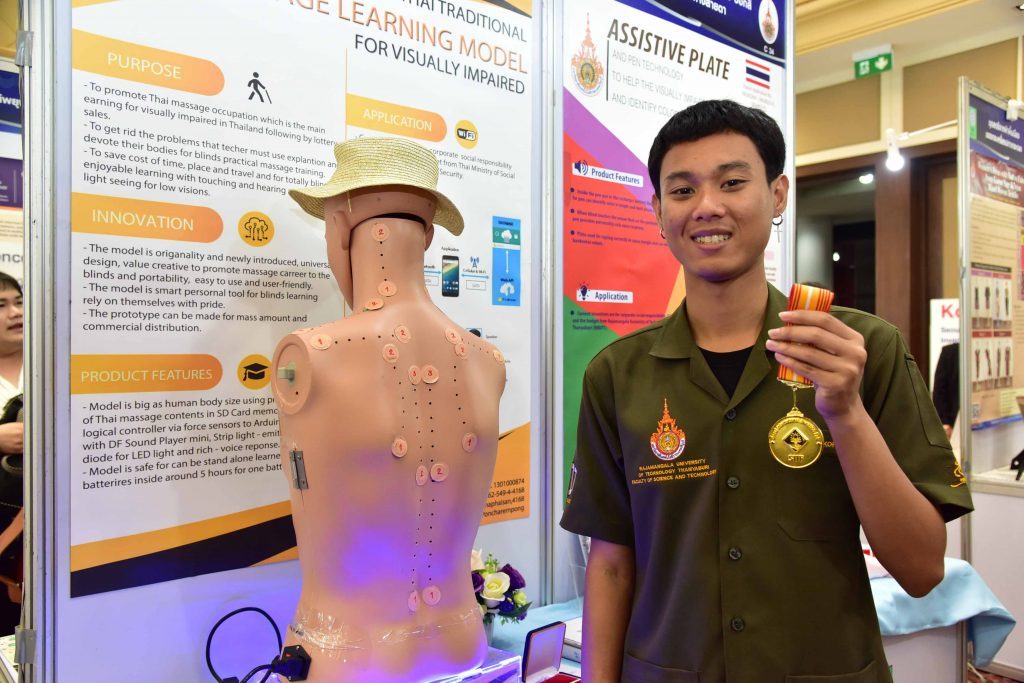 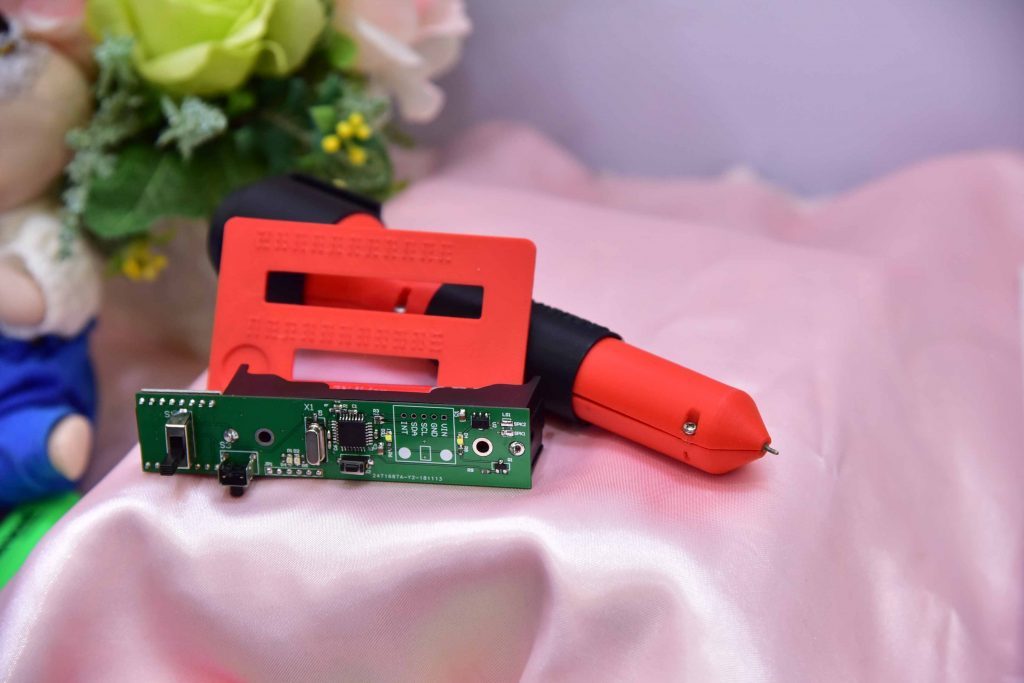 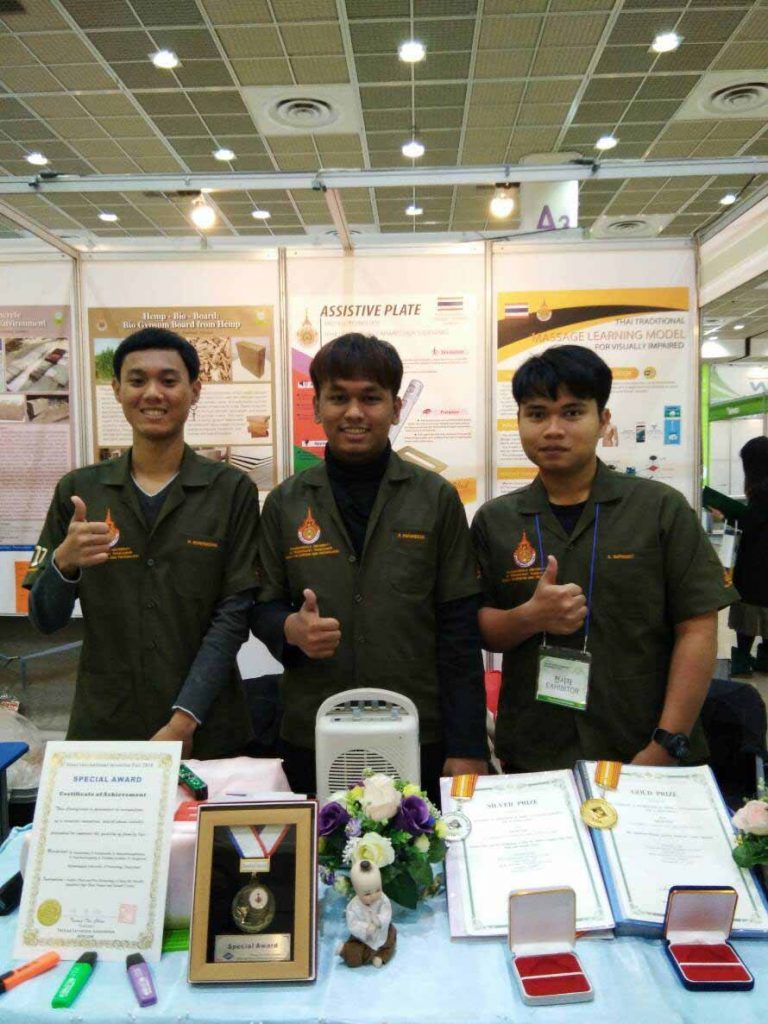 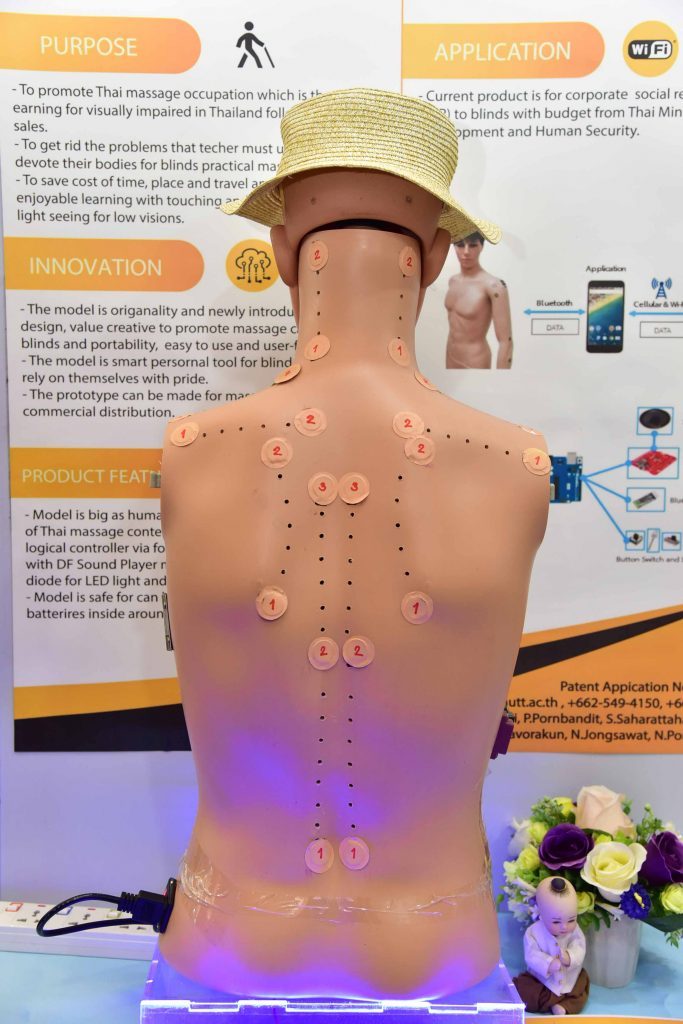 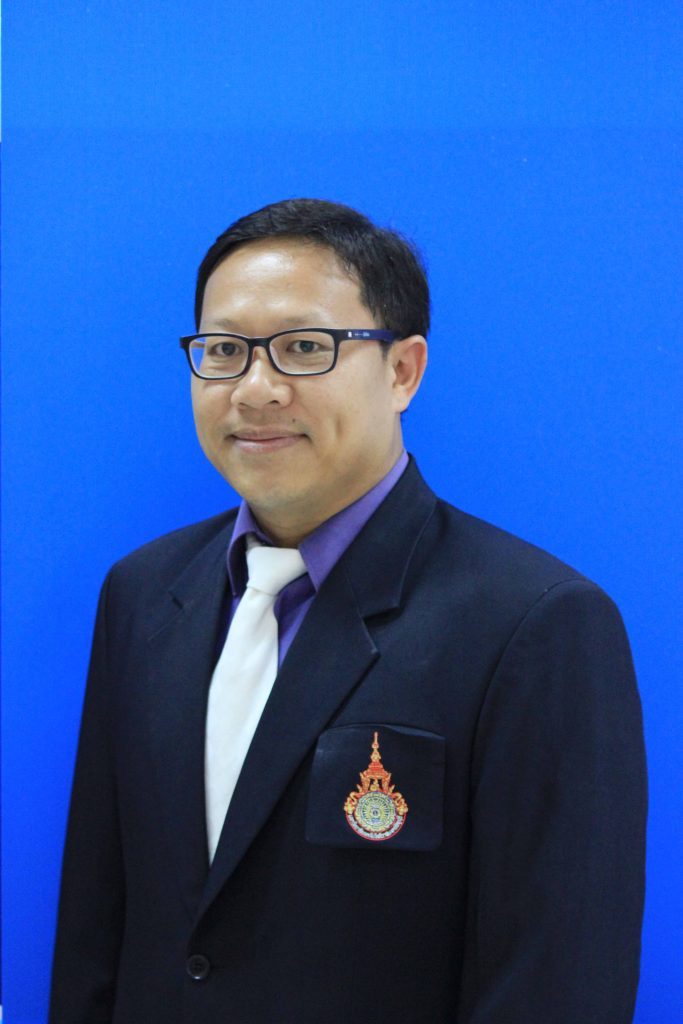 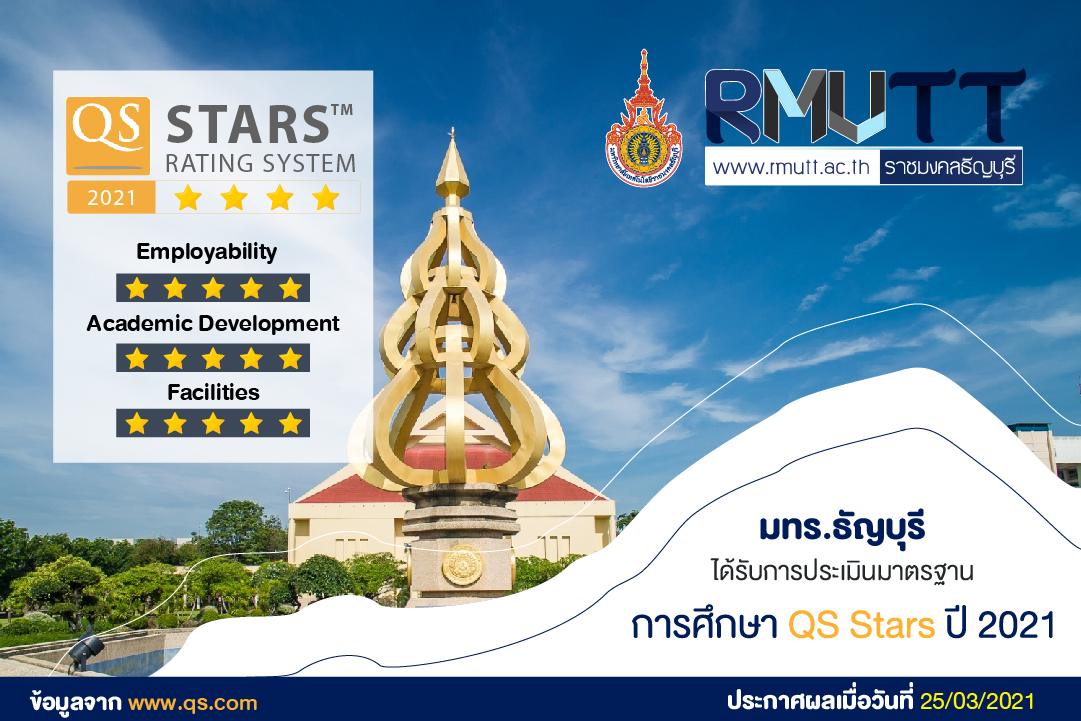